A Year in review 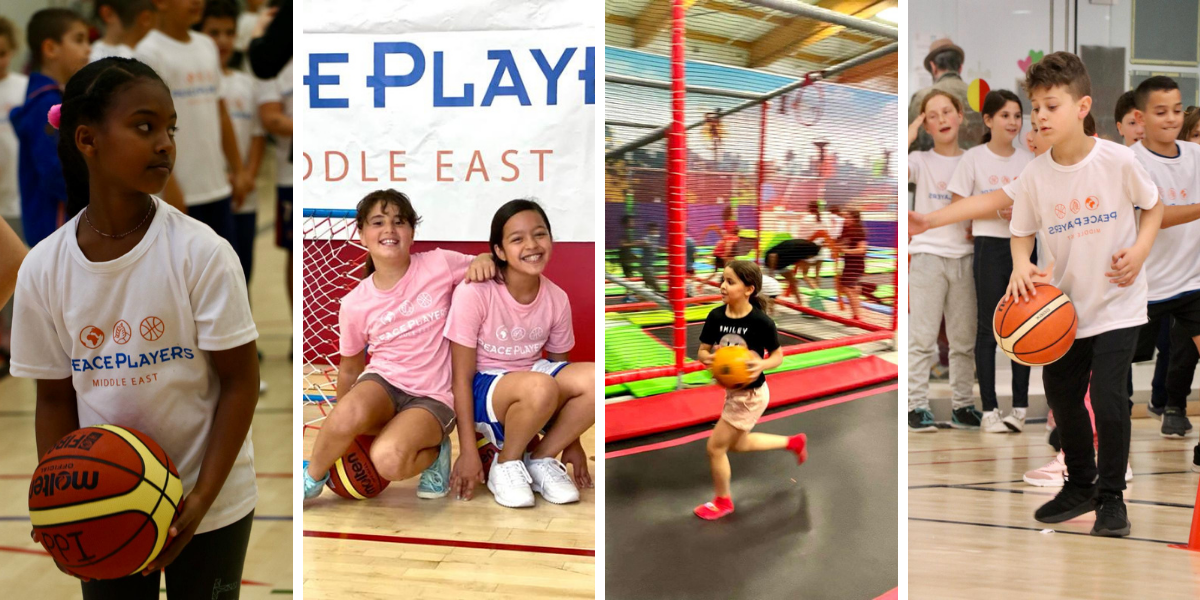 What a year it’s been! With 2021 being officially over, and 2022 just getting started, we find our hearts humbled by the immense support and resilience we continue to see among our youth, team, and supporters. In the midst of the extremely difficult year that we experienced in 2021, we still thrived, and the stories below are a testament to that. In this blog post, we are thrilled to share some of our favorite highlights of the past year. Take a look.

January was an interesting month, to say the least. A third wave of the coronavirus had just hit Israel and the West Bank, and we had just entered another nationwide lockdown. Our team quickly shifted to online programming once more, and one of the highlights of the month was easily Jinan and Or’s friendship story. Jinan, a 19-year-old Palestinian young woman, shared:

“A few days ago, Or and I went to the supermarket in Jerusalem to buy some things. We were speaking in Hebrew to each other, and because I don’t have much of an accent, many people think we’re just two Israelis. When we got to the cashier, I noticed that she was a Palestinian woman wearing a hijab, so I spoke to her in Arabic. She looked at us really confused for a second and then finally said “what, I thought you were together!”, to which I responded ‘yes, we are together’. It’s a bit funny for us, the way that it makes no sense to people. When they hear the different languages, Arabic and Hebrew, they can’t understand that it is possible that a Palestinian and an Israeli are together, that we hang out together, that we are best friends. And the most ironic thing about all of this is that we literally live ten minutes away from each other”. 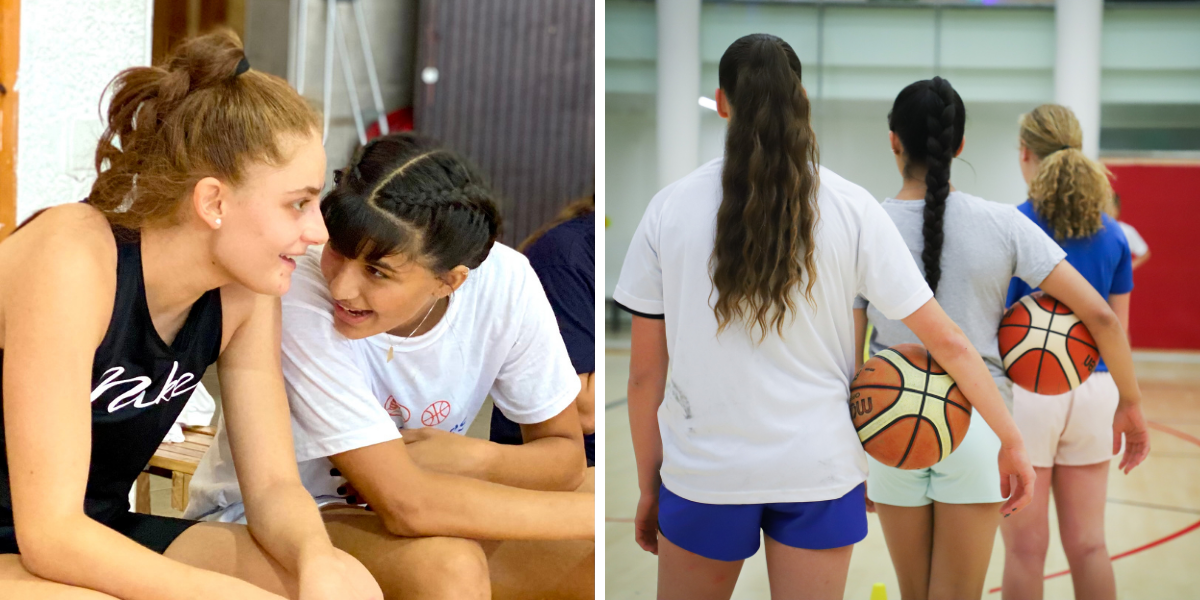 In February, we continued to deliver online activities, while hoping that the lockdown would soon be over. During that month, our global team conducted several interviews with youth from all over the world, with the intent of learning a bit more about their experiences in the program during the global pandemic. You can read more about Middle East participants Sireen (Palestinian), and Keren (Israeli) here.

Towards mid-February, restrictions were eased and by the beginning of March, we were delighted to resume face-to-face activities. To honor International Women’s Day that month, our staff led a session for youth leaders that addressed topics such as: the crucial roles of women in Palestinian and Israeli societies, and experiences of gender inequality. Staff and youth also joined the global IWD #ChoosetoChallenge campaign by standing together with other female leaders from around the globe and highlighting their role in the fight against gender inequality.

Speaking of inspiring women, March was also the month that Noga, an alumna of the Leadership Development Program, began coaching several schools in Jerusalem. Learn more about her activism towards coexistence, inclusion and gender equity in this post.

In April the team organized the first Leadership Development and Alumni retreat of the calendar year. Nearly 50 Palestinian and Israeli youth leaders and alumni came together for conflict resolution and leadership activities that provided them with practical resources for the youth to stand up to prejudice, violence, and gender inequality. Midway through April, the month of Ramadan started, and several activities were adopted so that participants were able to fast, continue playing, and observe the important month.

It was also in April that our All-Stars Women’s team highlighted the ripple effect they have in challenging preconceptions in harder-to-reach neighborhoods. During an away game against a club from the religious Jewish neighborhood of Bayit VeGan, the opposing team was shocked to see a mixed Palestinian-Israeli team playing incredibly well together. They were so curious that they asked: “How can you play together?” “Where are you from?”

Towards mid-April, however, clashes between Arab-Palestinians and Israeli forces in Jerusalem escalated into a larger cross-border conflict between Hamas and Israel, which trickled into mixed Arab-Jewish cities. The confrontation resulted in the region’s most shocking hostilities in the last decade.

Even though a ceasefire was enacted on May 21st, the aftermath of 11 days of cross-border violence highlighted the long road we have towards a just and lasting peace. While our youth and staff showed incredible resilience and friendship during this time, everyone needed time to mourn and to heal, until uniting once more with the important goal of building peace.

In June, Palestinian and Israeli youth were almost entirely back on the court, and preparations for a much-needed overnight teambuilding retreat began. As the first overnight camp since the violent events of April and May, the retreat was intended to give the young leaders a safe space to strengthen friendships, engage in fun activities, and of course, play basketball together!

In July, new participants joined veteran youth at a week-long summer camp at the Jerusalem YMCA, which included many fun and engaging activities including pick up basketball, an afternoon at the science museum, and a full day of jumping and playing arcade games at a trampoline studio. You can see pictures and read more about it here. 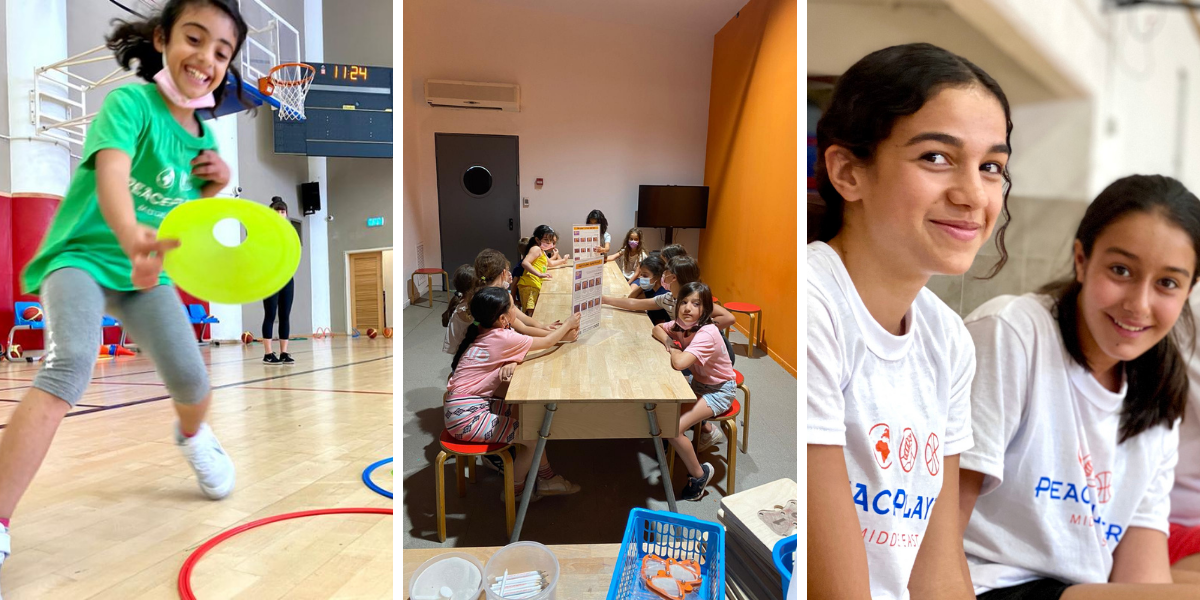 In August, the long-awaited PeacePlayers Friendship Games finally arrived. After months of meeting virtually with youth from all five PeacePlayers sites for teambuilding and cultural-exchange activities, PeacePlayers Middle East’s young leaders culminated their experiences in a week of basketball, team building, leadership training, barbecues, a pool party, dancing together, as well as daily virtual meetings with young PeacePlayers from all over the world. You can find highlights, quotes, and more pictures of the event here.

Although September was a bit of a slower month due to the Jewish holiday season, we were so excited to officially announce that three long-time participants, Neta Z., Sireen, and Keren began coaching their own PeacePlayers youth teams, after earning their professional coaching certification through the Leadership Development Program’s subsidy. With the certification in hand, the three young women are now qualified to advance their careers by working as coaches in the region.

October was a very special month for our team. We celebrated PeacePlayers Middle East’s 15th year anniversary by launching our first coordinated crowdfunding campaign, with the aim of expanding our local network of grassroots supporters. After much preparation and through the guidance of a leading consultancy specializing in peer-to-peer fundraising, PeacePlayers Middle East launched a 48-hour crowdfunding campaign with the ambitious goal of raising $200,000. The campaign included a generous dollar-for-dollar match from the Joseph and Debra Weinberg Family Foundation and included 34 remarkable ambassadors who mobilized to help us raise funds. We are delighted to share that the campaign was not only a huge success but was also an incomparable learning experience for our development team.

At the end of November, our annual Hanukkah tournament brought together more than 50 Palestinian and Israeli children and youth from all over the region. The

When December finally came, we couldn’t help but feel proud, grateful, and hopeful for a better and healthier new year. We have a lot of exciting plans ahead for 2022, and cannot wait to share more about it as the months go by.