Hello my name is Maud Tinsley; I’m 23 years old and I’m from Northern Ireland. I was born in a small town called Magherafelt before moving to Belfast for school and subsequently joining PeacePlayers. I initially joined PeacePlayers through their afterschool program, the Belfast Interface League, in 2014. I joined, bluntly, because I wanted to meet boys. What can I say! I went to an all-girls boarding school, sport, or in this case a basketball club, was one of the only ways that I could meet new people outside the small sheltered bubble that had been provided for me.

Soon after I joined, I was invited to join the Champions for Peace (the prototype for PeacePlayers Northern Ireland’s Leadership Development Program), the Coaching Development Program, Lead4Peace (an Erasmus-sponsored global exchange program for PeacePlayers sites in Cyprus, the Middle East and South Africa, and Nosedden Basketball Club from Norway) and countless other programs that help young people become leaders and mentors in their communities. At the time, Champions for Peace was a small get-together for a couple of participants and coaches where we completed OCNs (Open College Network degrees mostly centered around leadership and coaching), flicked Maltesers at each other and played football because the court we used didn’t have nets. 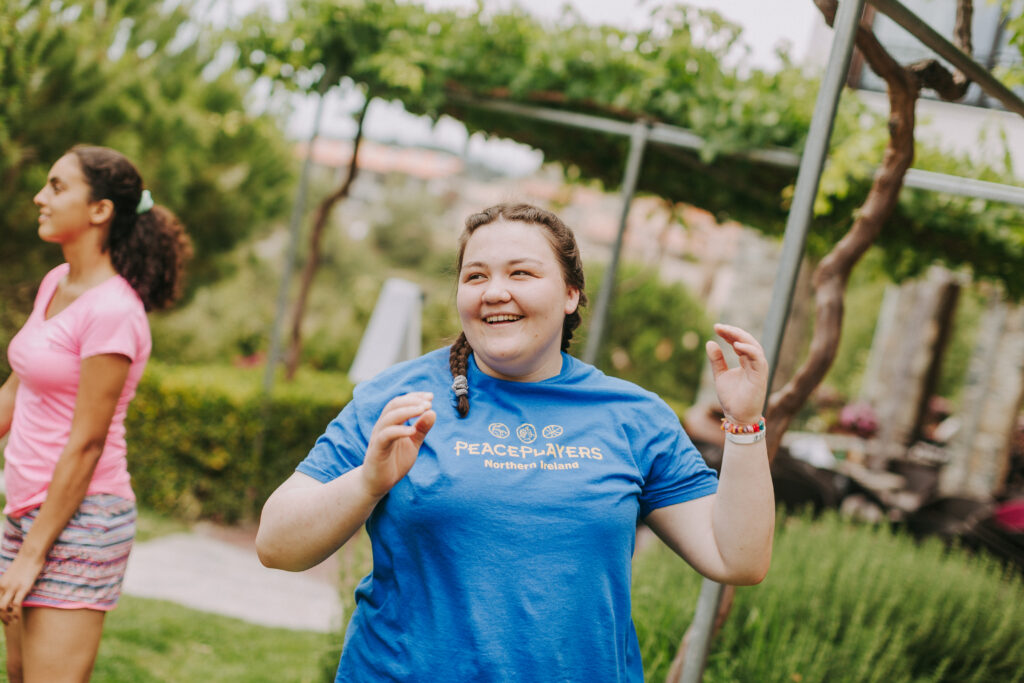 Even though it was chaotic, these monthly/bi- monthly meetings enriched my understanding of not only the conflict going on around me but also how my small part could make a big difference not just in my own community but also in the world around me.

When I was a participant at PeacePlayers I was lucky enough to visit a number of global sites through the Lead4Peace program, including Cyprus and the Middle East. I thoroughly enjoyed these trips because they allowed me to firstly learn more about the world around me, but they also allowed me to see that I wasn’t alone in my deeply divided society. Other young people around the world dealt with the same issues I did, other young people around the world fought to become young leaders in their community just like I had been trying to do. 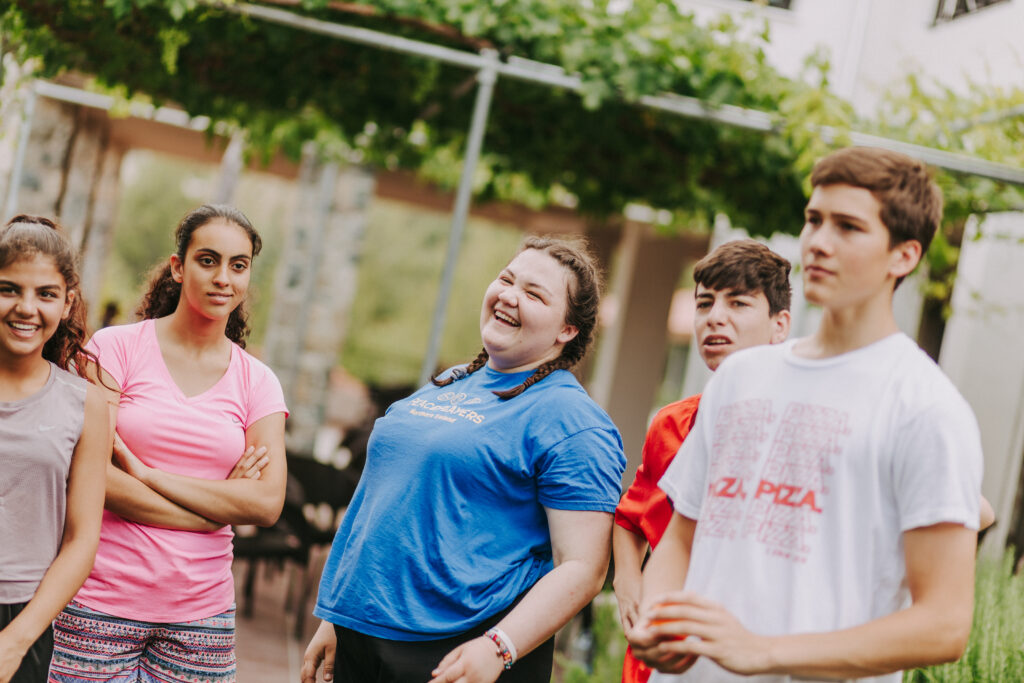 Through these exchanges, I not only made lifelong friends but I learnt that even though we are stretched across the globe, the divisions in our communities united us in an attempt to envision a closer, more peaceful future.

I learnt that even though there are countless methods used to bridge divides envisioned by countless individuals, we all come to the same conclusion: by working together we make the world a better place, children that can play together can learn to live together.

I first heard about the fellowship program through my first ever coach at PeacePlayers – Nasiphi Khafu, an alumna of PeacePlayers South Africa (now PeacePlayers South Africa director of Partnerships and Strategy). I have very fond memories of Nas, who was a fellow in NI and brought an indescribable energy to practice that motivated you to do better on and off the court. Thus the motivation to follow in her footsteps was born; to put my faith

in young people, to nurture the idea of peace and cooperation across the globe and become an international fellow. This desire to travel and learn through the program was further solidified with Nas’ successor, Sally (now PeacePlayers United States Director of Programming and Partnerships) who inspires me every day with her work in the organization.

Having such powerful and strong women as role models at a young age solidified my belief in me.

Special Words from Sally and Nasiphi: 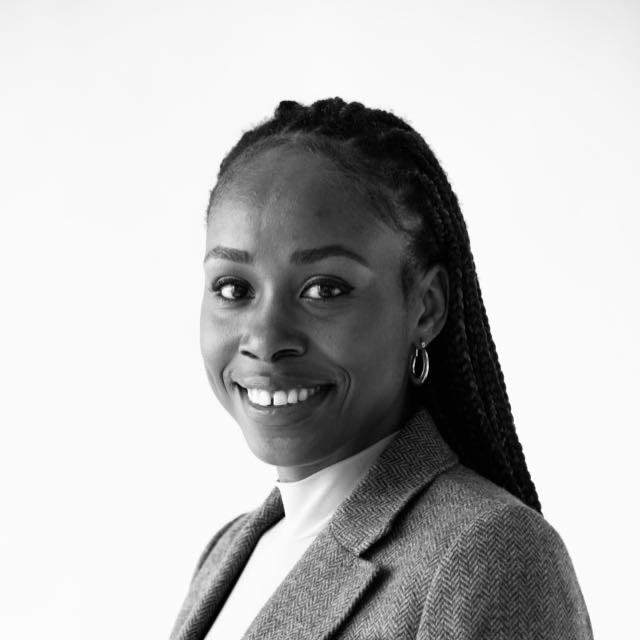 "'Queen Maud', as I fondly call her, is a natural leader with a big heart and a laugh that can light up any room. Maud was a huge part of the PeacePlayers South Belfast community during my time as a fellow in Northern Ireland. Maud's relationship with PP was/is the epitome of the Ripple Effect that we talk about often at PeacePlayers. She was a champion for PeacePlayers and constantly recruited friends, her siblings, and classmates to join PeacePlayers NI then Belfast Interface League. What stood out to me most about Maud was her care and intentionality. Maud attended Victoria Secondary School, a boarding school for girls. Many of her school mates were foreign students visiting from Spain, India, etc. Maud would invite these young women to join PeacePlayers and she was always so supportive of them and ensured they felt safe and that they were having fun. Maud's leadership was inspiring to me and I knew I could lean on her in connecting with her peers and in better understanding what it means to be a young person growing up in a divided society like Northern Ireland" - Sally Nnamani 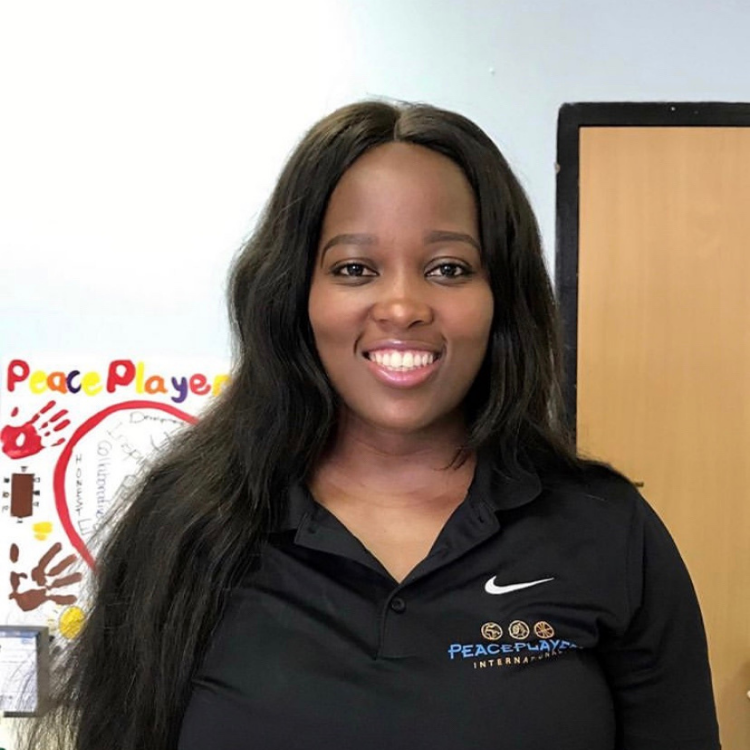 "I met Maud in 2014 as an International Fellow and South Belfast Coordinator at PeacePlayers Northern Ireland. I arranged a recruiting meeting with Victoria College where I met Maud Tinsley; she immediately fell in love with the work of PeacePlayers and became my right hand person that helped me recruit participants from her High School. What really struck me with Maud, was how she immediately understood the importance of the work that PeacePlayers does and how she wanted her entire family and school involved. I remember after I shared some recruiting challenges I was experiencing, she showed up to the next practice session with at least 10 girls from her school. When I found out that she was becoming a fellow at PeacePlayers Cyprus, I was so proud to see her continue to live up to her purpose of creating equitable experiences for all, no matter your race, religion or adversities you face. I am excited to see what she continues to do with her life and the positive impact she will continue to have on others like she did with mine. My dear Maud, may you continue to sprinkle a sense of joy, hope, love! See you in SA, soon ;)" - Nasiphi Khafu

I watched as Nas and Sally thrived outside their comfort zone; it inspired me to push myself a little harder and to put pressure on myself to perform in a new environment without the bubble of what was recognizable.

In the grand scheme, not only does PeacePlayers give young people the opportunity to become leaders and role models; it gives them a direction. Before I joined PeacePlayers, I didn’t particularly have any direction, I didn’t know where to focus my attention. PeacePlayers has given me the opportunity, like it gives to countless other young people, to express our opinions and develop our own rhetoric. Throughout the programs I joined at PeacePlayers and the people I met, I soon realized that inspiring change as well as the importance of creating a cooperative environment for a sustainable peace was our shared goal. PeacePlayers inspired me to follow this goal. I went to university to study Politics and International Relations, then followed this with a Masters’ degree in Conflict Transformation and Social Justice. PeacePlayers gave me the inspiration and motivation to nurture and develop my own personal interests, the organization gave me the drive to do better, to be better. 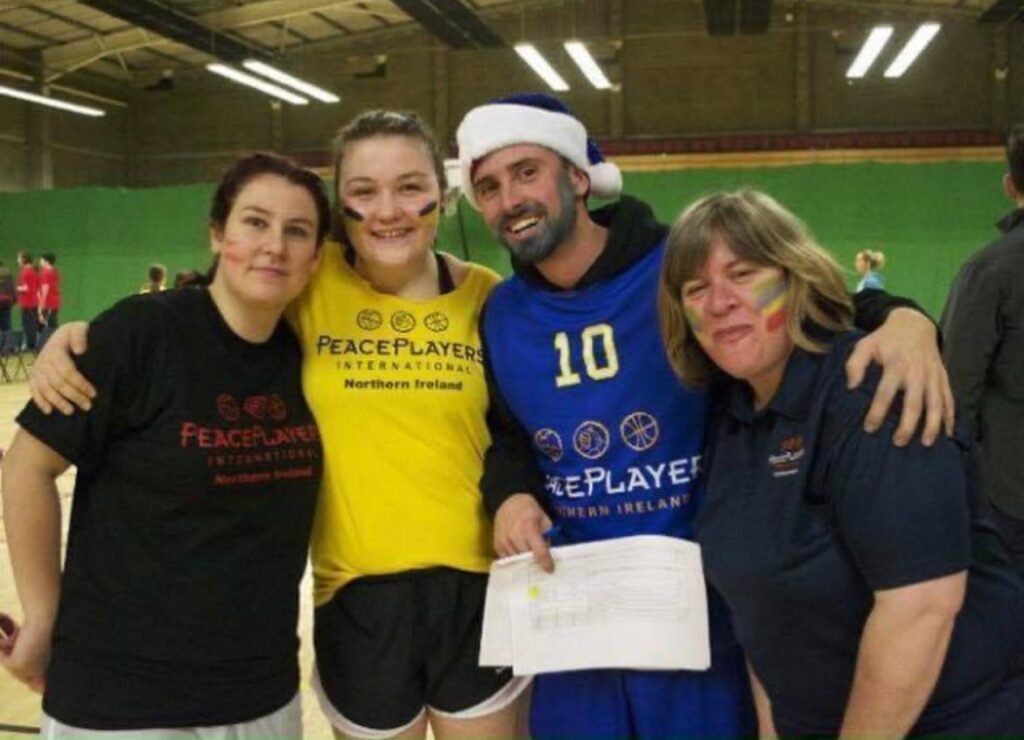 So far, as an alumni fellow I have thoroughly enjoyed every minute. Of course living by myself for the first time as well as living in a brand new country comes with a plethora of good experiences and challenges. Aside from the ‘learning how to fend for myself,’ coaching has been a big part of my role. However, aside from the help of a few enthusiastic participants as well as a few parents that can translate at practices, I have taken the opportunity to learn to coach without the need for spoken language in order to make up for the language barrier. So far this includes demonstrating step by step what needs to be done in a drill with a few thumbs up for encouragement and a couple of thumbs down if I haven’t explained the drill well enough! It takes time but I believe the outcome is worth it. The majority of children at local practices are there to learn and play, which diminishes the impact of the language barrier and makes my life a whole lot easier! Having to be adaptable and learn on the job is something that I have had to develop further while working at PPCY, especially when it comes to designing session plans that I need to ‘act out’ to be understood. Even though I am a PeacePlayers coach, being a fellow is my first job out of university and it is a learning curve that is not nearly completed!

As a result of being a member of the PeacePlayers family for nearly 10 years, I have made numerous lifelong friends, most I would have never met or had the opportunity to meet outside the program.

Now being back in Cyprus I have been able to connect with a lot of my friends that I was once a participant with. Fantastically, a majority of them are still a part of PeacePlayers in some capacity.

Since arriving I have been out for lunch, dinners, coffees, beers, basketball games and even an early morning paddle-boarding with Sophia in Larnaca – when neither of us could stand, and I spent most of my time in the water but it didn’t matter because we were having fun! PeacePlayers has given me more opportunities than I could have ever imagined on the first day that I joined a random afterschool’s practice. PeacePlayers pushed me to be the person that I am today through their caring and quiet confidence that we as young people can change the world. Through the expert coaching and mentorship that I received as a young person I have grown up to be an open-minded and conscientious individual that sweats the small stuff when it really matters. I am proud to be a Peace Player and work for an organization that I truly believe makes a difference in the lives of young people all across the world. If I could inspire just one young person like I have been by the countless others that came before me, I would think it a job well done.

PeacePlayers pushed me to be the person that I am today ... Through the expert coaching and mentorship that I received as a young person I have grown up to be an open-minded and conscientious individual that sweats the small stuff when it really matters. I am proud to be a PeacePlayer.