During a time that should mark a rare moment of celebration and peace for both Arabs and Jews, sadly, the month of Ramadan, Passover, and Easter has been marked by weeks of rising tensions and violence. That is why the Peace League that took place on April 12th was an antidote to the general distrust, fear, and hatred that characterize the discourse between Arabs and Jews in the region. Arab and Jewish youth met for a day of joint basketball, peace education, and an extra cultural exchange component at the Jerusalem YMCA.

The young women were encouraged to share and ask questions about each other’s cultures and religions. An Arab project leader shared about Ramadan, and a Jewish youth athlete shared about Passover. Both groups learned about the meaning behind each other’s holidays, which emphasize the importance of respect, peace, and celebration. The fact that this discussion could even take place at such a complex time was encouraging and showed the desire of the young people to work through difficult circumstances. Afterward, everyone got into mixed teams and ended the day with a basketball tournament. 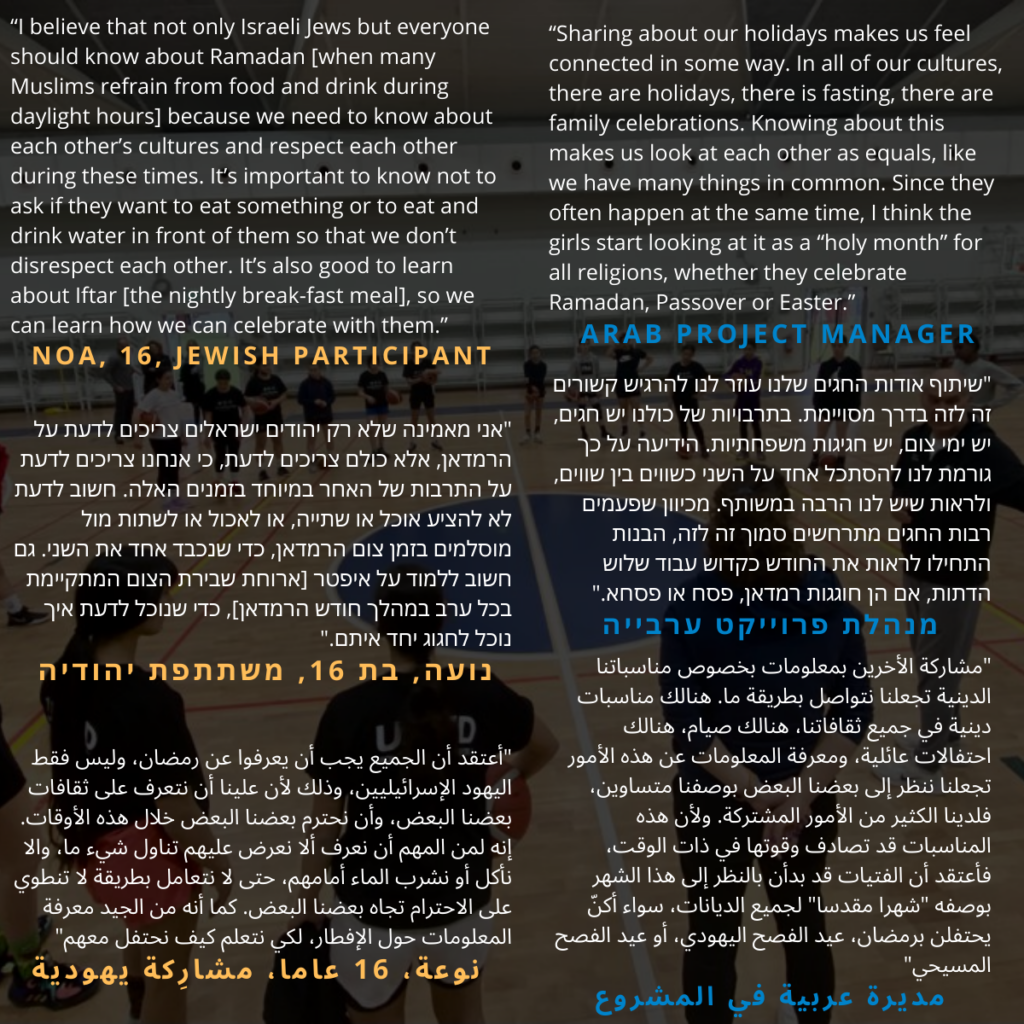