Arin’s Story: A Sense of Belonging in the World of Basketball

Although basketball has been a huge part of my life since I was a child – as a player, coach, and even as a researcher in the area of prejudice and sports – it took some time for me to fully understand that as a Turkish Albanian person in North Macedonia, I was playing a loaded game.

I was 12 years old when I entered the world of basketball – and one of the very few players from a minority group in the entire city of Skopje. The capital of North Macedonia, Skopje is home to many ethnic and religious minorities, most prominently Albanians, followed by Bosnians, Roma, and Turks. The armed conflict that took place in 2001 between the Albanians and Macedonians divided society more than ever and pushed existing ethnic tensions to an all time high. From speaking different languages and belonging to different religions, neighborhoods drew new boundaries, the educational system was segregated, and separate sport clubs formed. Bridging these communities seemed like an impossible task.

In elementary school, I attended a Turkish-only school located in a neighborhood where Turks, Albanians and other ethnic minorities live. With almost no contact with ethnic Macedonians, the perception among kids was “us vs. them,”. Many kids feared leaving the neighborhood due to the hostile relations between different groups.

For many, however, sport was a safe space to meet – especially for youth. For me, basketball was the place to be. Even though I would spend my day with ethnic Turkish kids in school, evenings were devoted to basketball practices with an otherwise exclusively Macedonian team . As a child, I was not conscious of what it might mean for an Albanian-Turkish basketball player like myself to blend into the Macedonian basketball community. 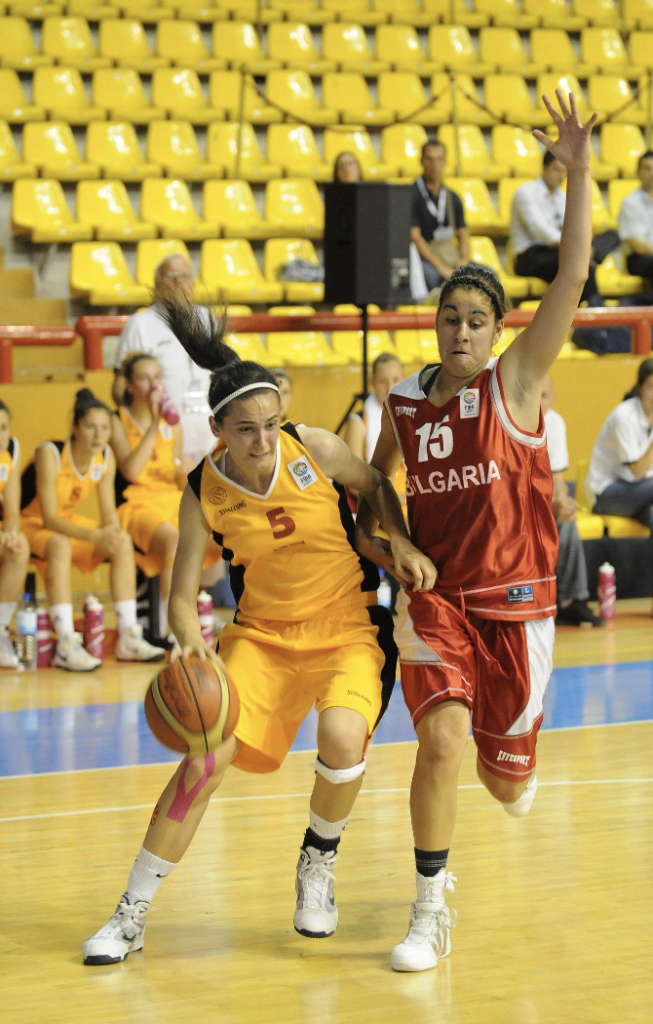 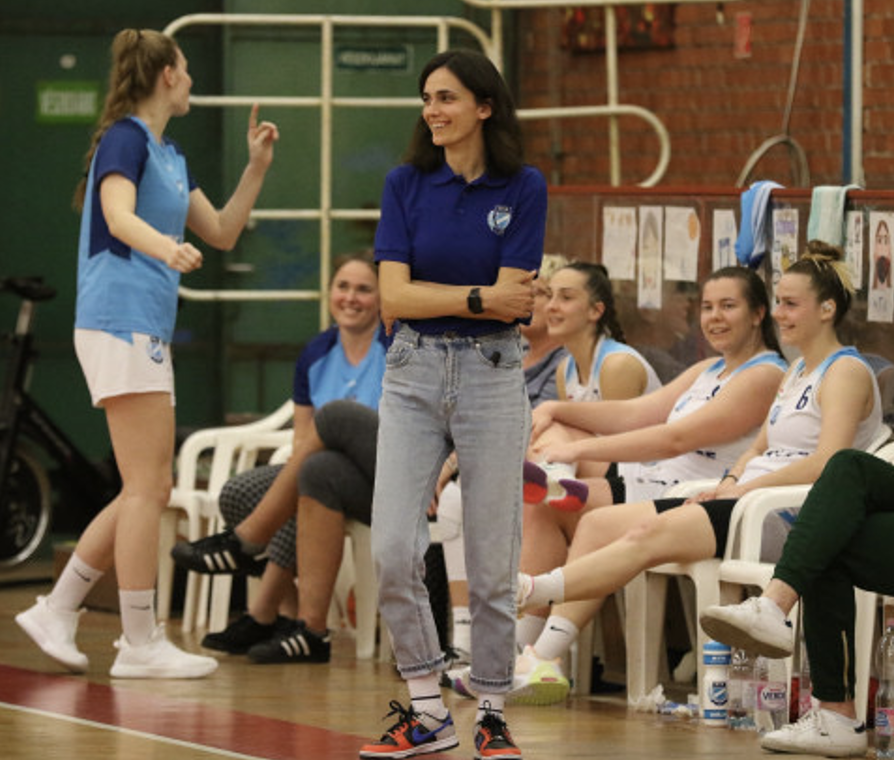 Throughout my growth as a basketball player, I always asked myself: am I fast enough? Do I play good defense? Will we win the next game? These were my only concerns on the court. Being a member of a team was everything to me – winning championships while having fun with my teammates was the only thing on my mind. My ethnic identity was never an issue, and my team accepted me fully. Unfortunately, this would not be the case throughout my career.

Years later, I was given the chance to play for the Macedonian Women’s National Team. It was then that my ethnicity came into focus. I was the first player from an ethnic minority group ever to play on the Macedonian national women’s team. Certain coaches objected to the idea of a non-ethnic Macedonian basketball player representing the country. My own coach told me to “go play for the Albanians.” These hurtful words unfortunately also were followed by hurtful actions that led me to spend most games on the bench.

When I moved to Budapest, Hungary, in 2017, this question was always in the back of my mind. Those adversities formed the basis of my MA and on-going PhD research on ethnic prejudice in basketball teams in North Macedonia.

Even though the theoretical knowledge that I gained helped me grasp these issues, I knew basketball itself would be the tool to overcome them.

Currently, I am working for a Budapest-based semi-professional basketball team competing nationally in Hungary. This time, I joined a team of Hungarian basketball players as a non-Hungarian coach. The difficulties I faced as a player have made me think about the kind of coach that I can be for my team. My experiences made me understand how important it is to make each and every player feel welcome, included and equal on the team.

My story led me to PeacePlayers, a movement that does exactly what I dream of: combating inequalities with basketball and making the court home to all – regardless of their background. This way, basketball will always be the safe space where kindness, support, inclusivity – and myself – will always belong and can transcend all other boundaries. 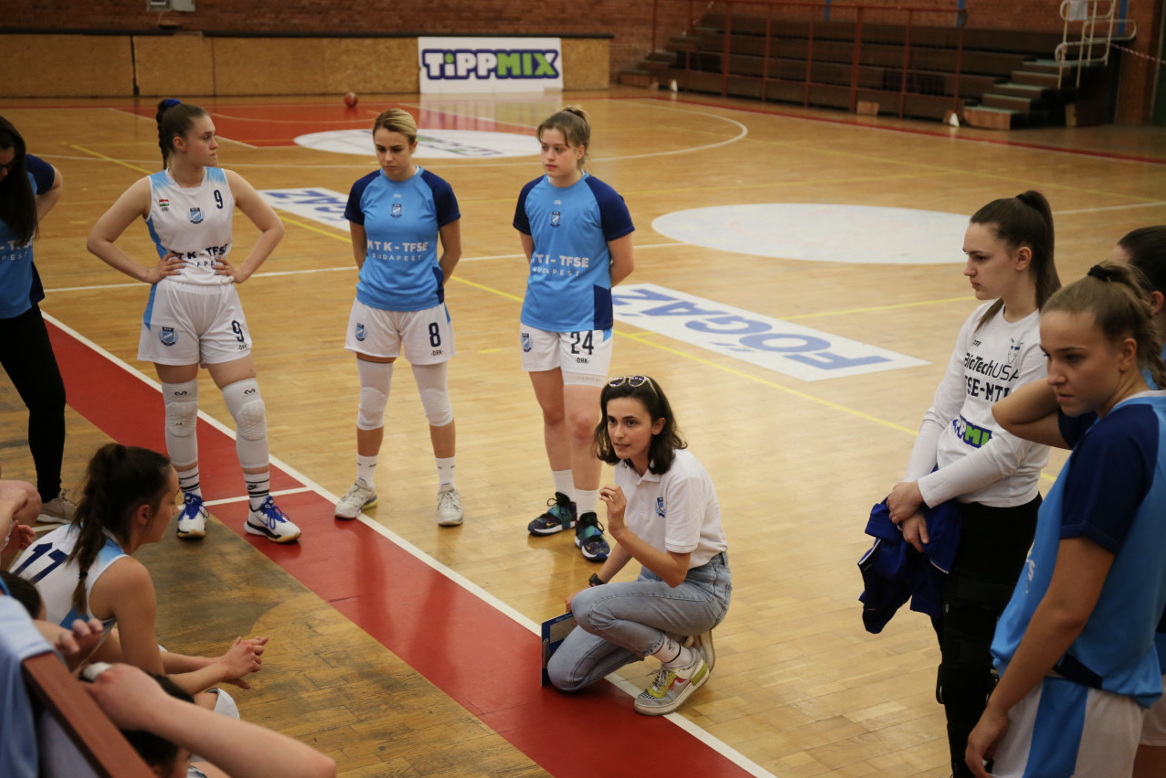 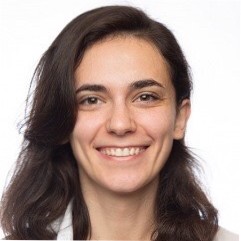