For the past eight years, PeacePlayers Northern Ireland has given Rachel — a 17 year old girl from a commonly generalized Protestant neighborhood, in the otherwise predominantly, generalized as Catholic, west Belfast area —  the space to grow out of her shell. To form friendships. To become the kind of person she always looked up to when she was younger. However, when Rachel first joined PeacePlayers Northern Ireland in 2014, she says it was hard to find her footing.

At the time, she may not have realized it, but she was also one of the few young people joining the west Belfast after school program that was coming from a Protestant background.

While there wasn’t anyone from her primary school or neighborhood attending the after school program in west Belfast, she eventually warmed up to the program and the other young people she was engaging with. 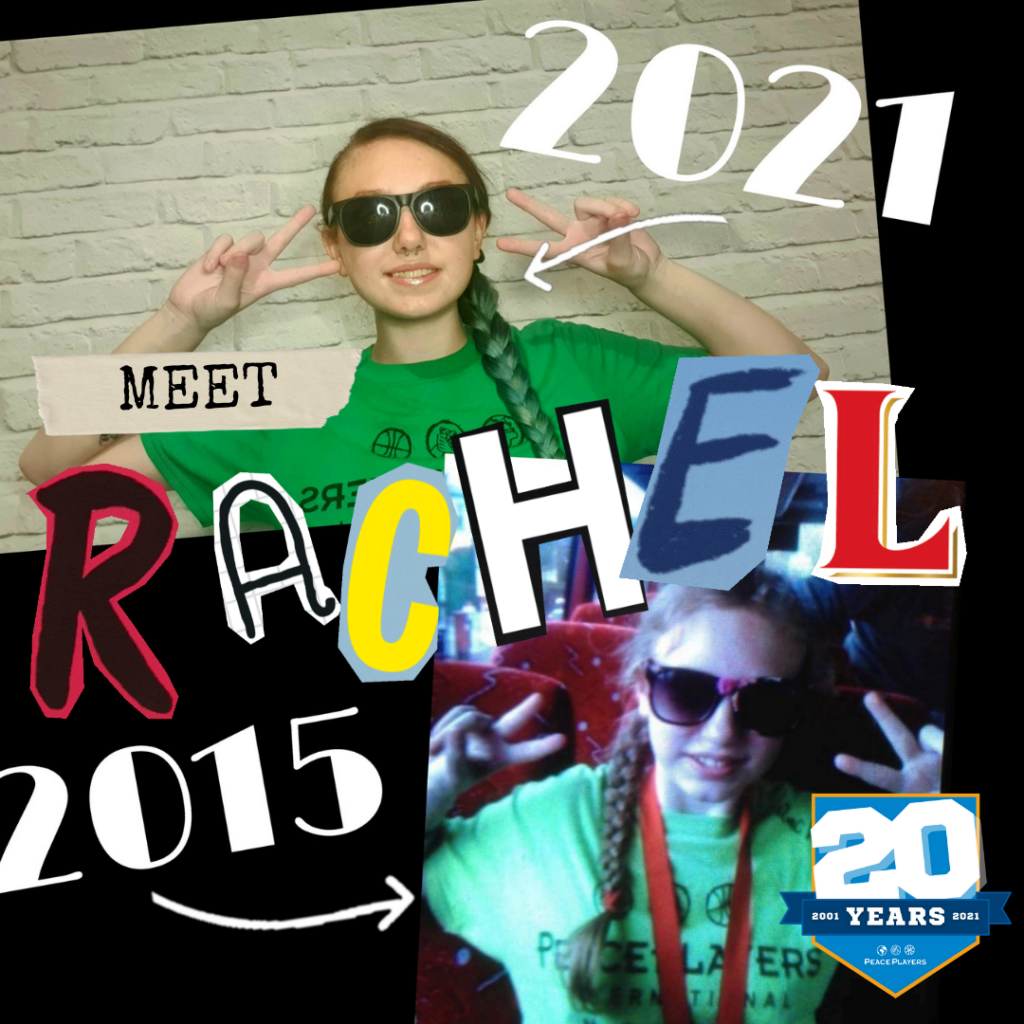 “[Community Relations] sessions definitely helped build the friendships because we were [encouraged] to interact with each other, but also at the same time, it was a fun way of interacting.”

It was more than just the Community Relations that kept Rachel coming back for more; it was the friends she was making along the way. Like AJ, from a Catholic background of north Belfast, who also attends PeacePlayers’ after school program in north Belfast. In a society where 93% of children and young people attend segregated schools on religious grounds, Rachel and AJ both attend one of the few schools in Belfast where young people from both traditions of Northern Ireland are welcomed and learn together. They didn’t know each other until they bumped into each other at a tournament hosted by PeacePlayers. And now they’re best friends. Rachel says, “ Me and AJ are like a 25 minute walk [from each other], we go to the same school, and we do PeacePlayers… we bonded and then we just kind of stuck. Like, that type of friendship definitely made me stay.”

As she was making new friends, Rachel was also becoming a leader. At first, she didn’t think of herself as one; she was just caught up in being a senior. Rachel reflected on how she used to sit and draw at the beginning of each after school session instead of interacting with other young people, and now, “I actually play basketball and actually interact with other people to build those friendships.” As someone who had been shy herself, she understood how much many of the younger PeacePlayers, Protestants and Catholics alike, needed her help. “I did try and make a difference to people, especially making it a point to talk to people who were shy because I felt I could relate to that from when I started.” She may not have realized it, she was demonstrating the qualities of a leader.

It wouldn’t be until she had graduated from the after school program, and was able to come back as an assistant coach to the junior girls the following year, that she realized the impact she was now having.

“I have to help these girls see the difference, giving a perspective that hopefully would guide them to realize that there are different traditions and beliefs. I realized that I was actually affecting these young girls.”

Drawing on her five years of experience as a participant, and friendship with AJ, Rachel was not just ‘talking the talk’ with these junior girls, she represents the full embodiment of what it means to be a PeacePlayer.