For Neta, A Jewish Israeli young woman from Jerusalem, being a PeacePlayer means standing up against injustice and hatred. For Neta, who first joined PeacePlayers as a young teen and is now employed as a project manager, this idea came about as a sort of epiphany while she was a member of the Jerusalem All-Stars, integrated Palestinian-Israeli teams competeing in the official Israel Basketball Association leagues. As All-Stars, Neta and her teammates would travel the country playing against teams from every corner of Israel, and the opponents they met were fittingly diverse, not just in the level of game they were serving, but in their reactions to this foreign concept of an intentionally integrated Palestinian-Israeli team. 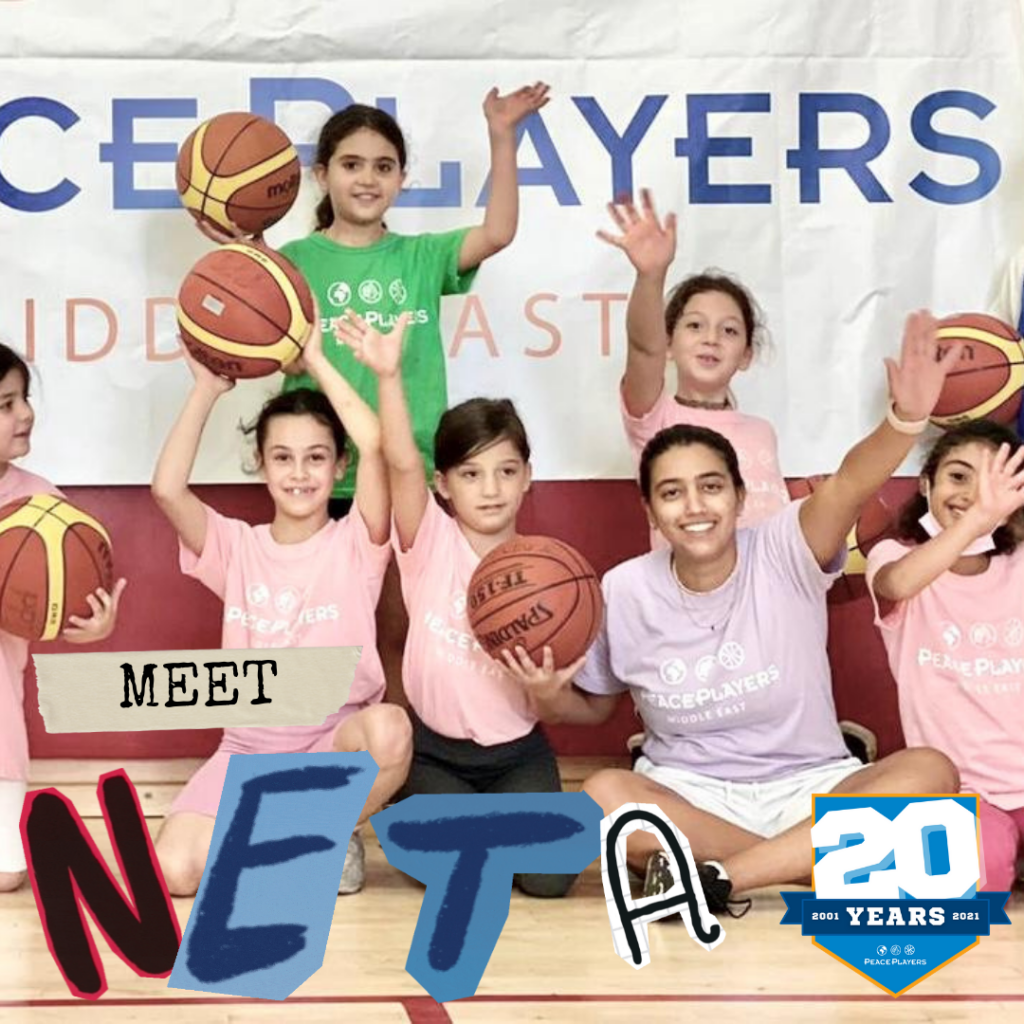 For Neta, seeing people as people became more than a mantra — it became words to live by — in the locker room after a game in the town of Yavne. “One of the girls from the other teams said, ‘You heard them, they’re speaking in Arabic. What are they doing here?’ And so I turned to them, and I told them ‘Okay, so? They live [here] like we live [here], and they want to be a player, they want to go to the university and they want to get a degree, they want to make a family.” Neta bravely emphasized her teammates’ humanity, and challenged deeply embedded conflict narratives., “And this is what it means to be a PeacePlayer to me,” says Neta.

Though Neta’s experience in PeacePlayers definitely made a mark, while on a high school trip to Poland, Neta began to question whether what she and her fellow PeacePlayers were doing was enough. For many Jewish Israeli high schoolers, the trip to Poland is sort of a rite of passage where teens solidify their Jewish and Israeli identities through a closer, heartbreaking encounter with the history of the Holocaust. While many of her peers were looking inward, Neta used the lessons of the Holocaust to look outward, to the Palestinian-Israeli conflict.

At the end of a long day, on a visit to a concentration camp, Neta spotted a sign: “I don’t remember exactly what it said, but it said, like ‘Human are always making history repeat itself and, like the thing that brings all the death and all the bad things that caused the Holocaust is like that we didn’t see the people around us and we hate for no reason.” That sentiment felt like a punch in the stomach for Neta.

And then I realized that yes, “Like it's dropping the seed... Like one drop becomes 2, 3, 4 and I think this is when I realized that even in daily life, I don't feel the change, I really can say with a full heart that it makes a difference, even if, and it takes time and it won't be 100% success, but even a 10%, 50%, I can live with that.