Melisa, a Turkish Cypriot, has practically been in PeacePlayers for half her life. When she first got involved, PeacePlayers provided an escape, some time off from a strained family situation at home. “My family bonding wasn’t that great so it was just like me and my brothers and my sisters were like trying to [do our] own thing without getting help from my mom and dad.” This atmosphere had already led Melisa to pursue sports at a young age, and so when she heard about PeacePlayers at her middle school, she was curious and asked around what it was all about. “They said that you play basketball, then you go to the Greek side and you eat a lot of pizza.”

Melisa’s ears propped up when she heard about the prospect of traveling to the other side of Cyprus and meeting Greek Cypriots. Melisa had long been curious about the other side of the island and the Greek Cypriots who live there. Melisa wanted to see for herself, “how they think, if we are the same, because being young and hearing bad things about Greek people and they hear about bad things about Turkish people, I never believe it. So I thought let me go and try to see and meet new people.” 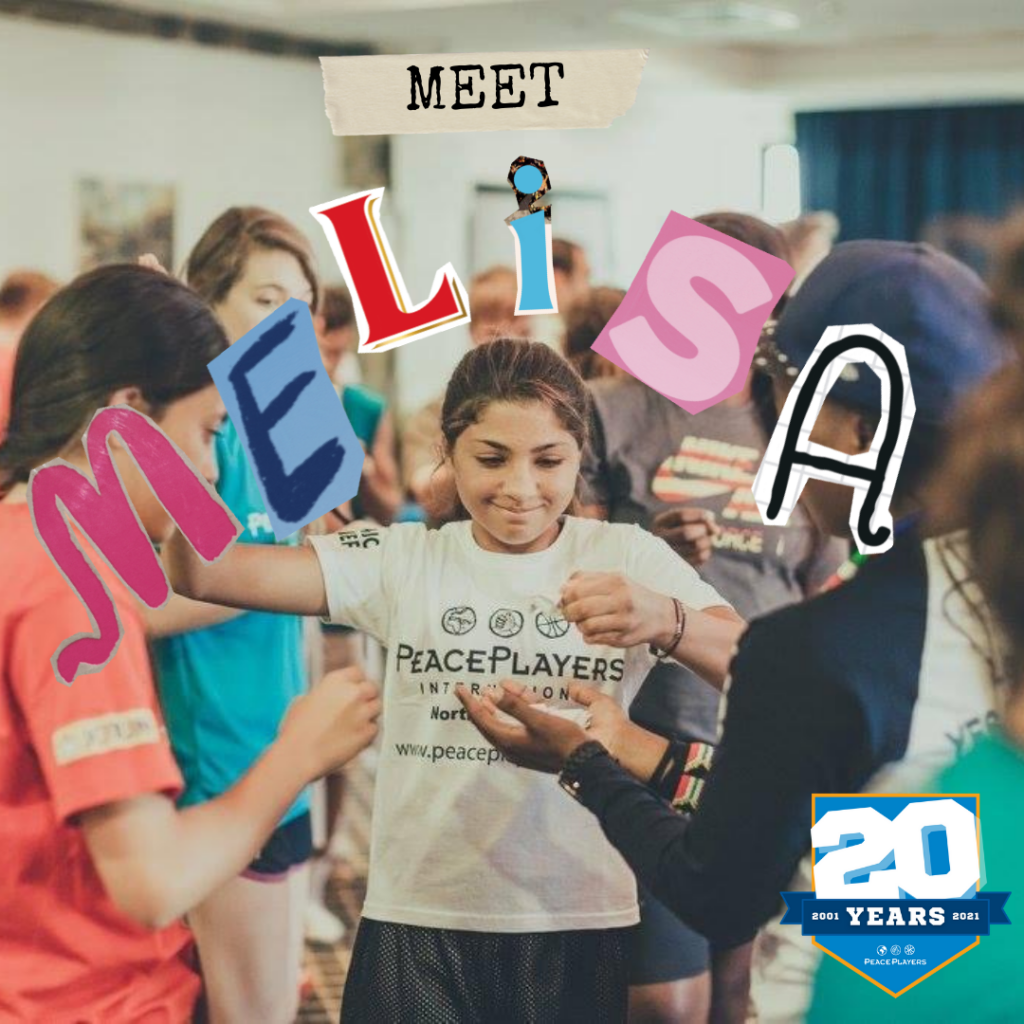 Beyond that initial curiosity, there was something even deeper that kept Melisa coming back to PeacePlayers for nine whole years – a sense of family, a support system — an alternative to the difficult atmosphere at home.

“I didn't really have a good childhood. So, me going there and like seeing people and how positive they are, the coaches, the participants -- how they were positive if you fail; if you do something wrong, they will just come and help you, not just in basketball, [but in] your personal life as well. Like, it was just a weird experience for me because it helped my mental health as well, and at the same time it made me realize that life isn't all about [the] negative; it's about falling and getting back [up] again."