When Vik moved to Cyprus from Bulgaria at the age of 12, he and his family settled in the predominantly Greek southern part of Cyprus. Although he was a recent immigrant, and hadn’t grown up with the conflict and distrust of Turkish Cypriots at home, it didn’t take long until he got pulled into the narratives surrounding him:

“I remember back in school friends and teachers and the people that I was around, especially in the education system, they were teaching us that one side is right and the other side is wrong. Within one or two years I started developing this kind of stereotype or belief. Where I was living [was on] the Greek side, so I was getting this Greek stereotypical way of thinking. Like people living in the North, this is how they are. I was having these negative thoughts about people that I've never met before.” 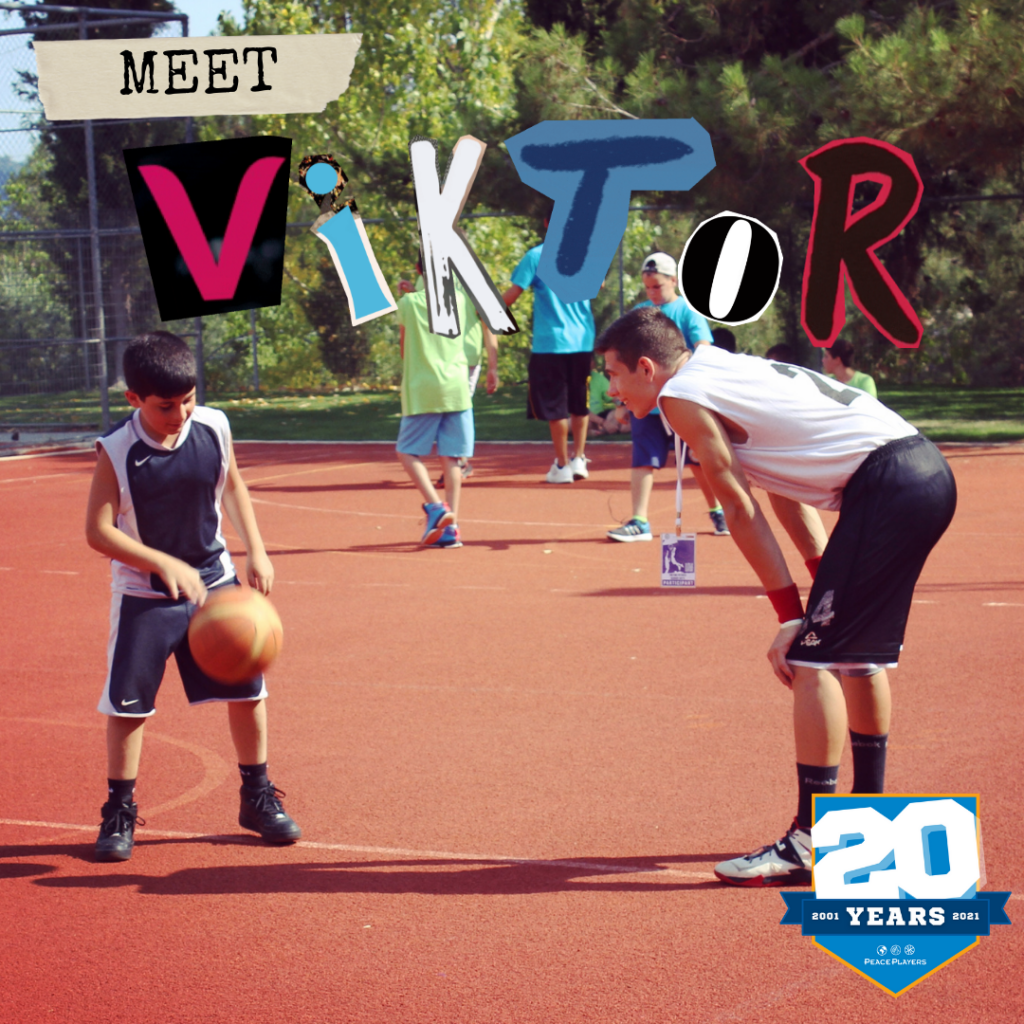 Luckily, it wasn’t long until Vik was introduced to PeacePlayers. For Vik, joining PeacePlayers was a chance to ease himself into the culture and society of Cyprus –meeting Turkish Cyrpiots wasn’t really on his mind. “It was a bit difficult. It was a lot of stuff to get used to. A lot of work to settle in and kind of get accepted –like new language, culture and all that kind of stuff, so and I was always looking to meet people, to make friends. I didn’t really want to just stay on the side and not do anything.”

Even if the Greek-Turkish Cypriot divide wasn’t what brought teenage Vik to PeacePlayers, it didn’t take long until he began to question the beliefs that he had picked up at school.

“After some time, especially with the help of PeacePlayers I started exploring and learning about the other side, the North side of Cyprus, their beliefs and how they learned the history there. On a lot of points and a lot of things, it didn't really make sense, because one side was saying this and the other side was saying something else. Then I was like ‘okay, I cannot trust one source. I just need to sit down, do my own research, get my own information and come up with my own conclusion about it.’ So PeacePlayers was definitely a big piece of giving me the opportunity to come to that conclusion, to meet people and, trying to understand both sides.”

Ten years after first joining PeacePlayers, he sees himself as part of something much larger than he could have imagined when he joined as a middle schooler. Whether in Cyprus or abroad, like in Norway — where Vik has started a coaching program that utilizes many of the values and tools that he gained in PeacePlayers — Vik is always representing: “It’s a lot of fun when you open a conversation like that. In Cyprus, even for people that haven’t been a part of the organization, they can say, ‘Oh, you’re involved with PeacePlayers. I have respect for what you’re doing.’ It starts like a small conversation, and it builds. People that are inside the organization, like our coaches, people in the program and my friends, of course they are part of the PeacePlayers community, but at the same time a lot of people outside of this community are as well [are] impacted by small conversation, and everyday conversation like that.”

Representing the PeacePlayers way is an ongoing journey, and even today, Vik knows that his work isn’t done. “You know, I have friends that are not that accepting of the North Side, and are immersed in the conflict. But, that doesn’t make them less of friends or less of people. I stay in touch with, I talk to them, and when I have a chance to express myself and show them about what I do, I do. Because I know they’re my friends, even if we have different opinions. Hopefully, I will slowly influence their beliefs and perspectives.”

In celebration of the 20th Anniversary, we are featuring our long-time participants all month long! Be sure to follow along on social media @peaceplayersintl.