The Evolution of PeacePlayers United States: How Early Challenges are Leading to Deeper Impact

The Divide, and the Original Vision

As a movement started by two American brothers from Washington, D.C., it only made sense for PeacePlayers to ultimately apply its 15-year global track record of bridging divides back at home. The United States, of course, had its own challenges, its own deep social divides and inequities. Despite the immense progress brought about by the civil rights movement in the mid-20th century, structural violence and inequity are still everyday realities for BIPOC communities. As an answer to these challenges, between the years of 2015 and 2016, PeacePlayers began testing the waters, and examining how their organizational skill set could contribute to a more just and peaceful society.

PeacePlayers programming in the United States initially started out small, 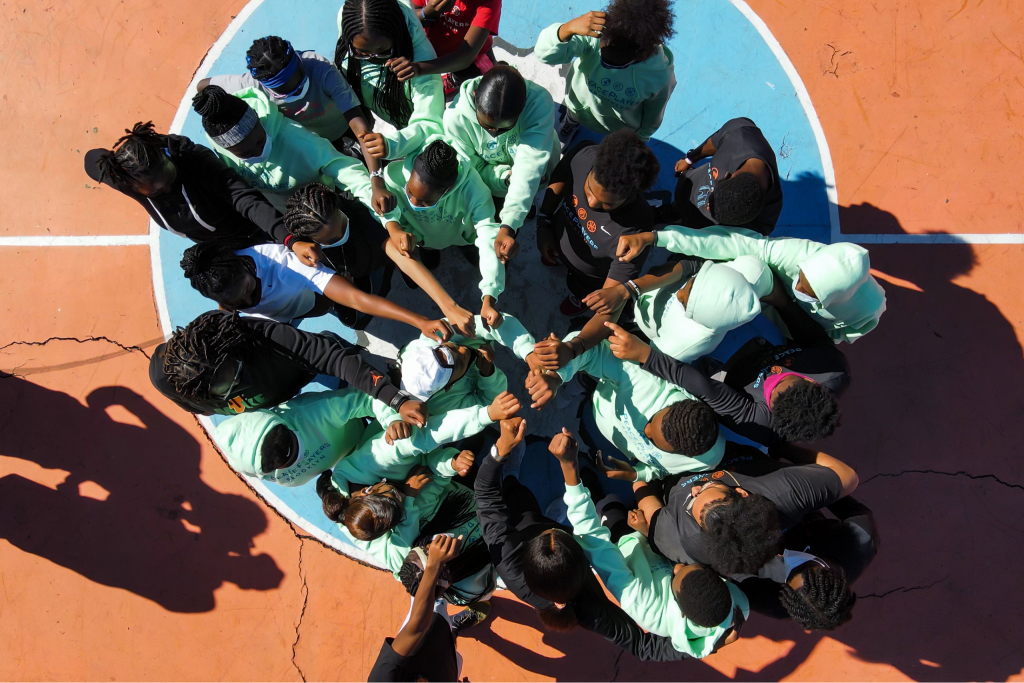 including a Leadership Development Program in DC, and a project that engaged a police league in Kansas City. The program in Kansas City was a one-off project through PeacePlayers’ technical assistance work, while the Leadership Development Program in DC attempted to hold programming throughout the year, but was only successful in engaging youth over the summers. Neither project held the key to sustainable, high impact programming that would make a difference in bridging divides and challenging inequity, systemic violence, and racism.

For PeacePlayers United States, the key to unlocking a sustainable, long-term program was a partnership with Nike. On the heels of the 2014 murder of Michael Brown at the hands of police in Ferguson, Missouri, amidst the continuing tensions between police and BIPOC communities, Nike was looking to make large investments in organizations and initiatives that were addressing the inequities and divides in the United States. PeacePlayers’ intention to make a change was already a fact on the ground, and so when PeacePlayers successfully pitched a national program to Nike in 2017, PeacePlayers United States was born.

The initial three-year Nike PeacePlayers partnership entailed programs in nine different cities where PeacePlayers would use sport as a tool to bridge divides between police and communities of color. The teams worked in Baltimore, Detroit, and Brooklyn throughout the years of 2017 and 2018 to create positive encounters between police and BIPOC youth. In each city, police officers volunteered to assist in running basketball camps and other activities. However, after centuries of unjust treatment towards Black Americans by law enforcement, recruiting participants and local partners in these communities for this endeavor was an incredibly challenging task. Local directors in these three cities took many risks in pushing through those barriers in their home communities in order to build relationships with partners, parents, and youth, and ultimately get programming off the ground  — and all that without being given a clear model of how it was going to succeed. 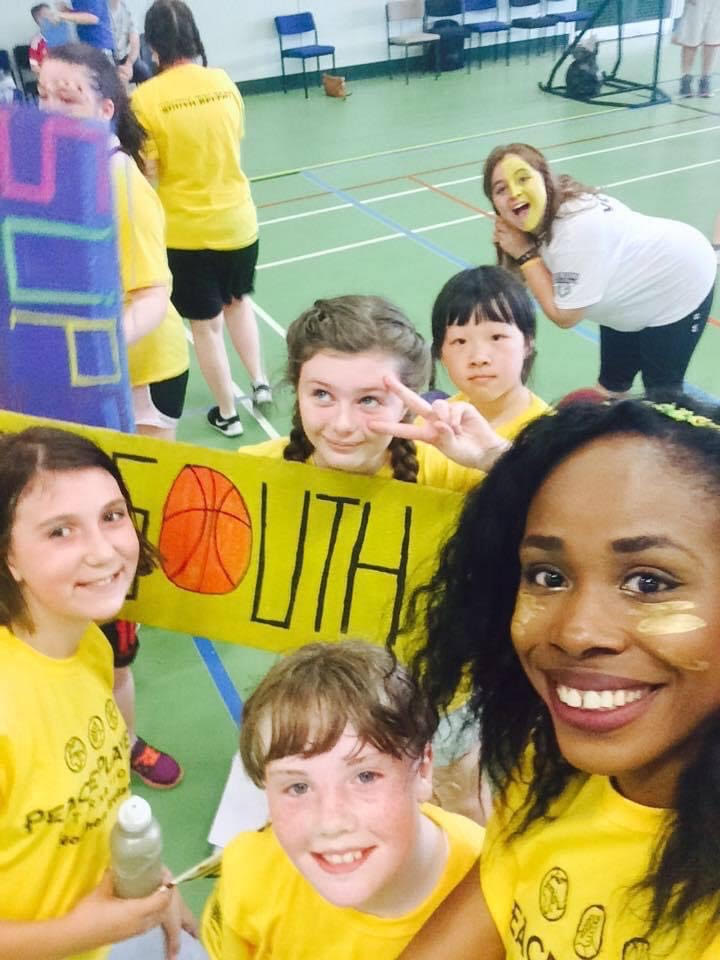 The original plan of scaling to nine cities within the first three years of the Nike-PeacePlayers partnership was ambitious, and the goal post soon shifted to five cities, as PeacePlayers realized that it would take more time, capacity and the development of impactful programming to grow to that extent. Other challenges included gaining the trust of local organizations, partners, and communities that were used to seeing well-intentioned non-profits come and go without making good on their promises – and this while trying to sell them on a program involving police. An additional challenge included finding police officers who had the time to consistently volunteer with youth on top of the high demands of their day-to-day jobs.

Sally Nnamani, who had returned from a fellowship with PeacePlayers Northern Ireland in 2017, and was integral in launching PeacePlayers Brooklyn and PeacePlayers Los Angeles, speaks to the intentions and challenges of PeacePlayers United States’ early vision,

“It came from a good place and it came from a place of maybe just not enough knowledge of the issues, because this was a time where a number of young black kids were murdered by police. When this opportunity came up from Nike ... it was more so around ‘what can we do about all of these unjust killings?’ ‘How do we create enough spaces for law enforcement to really get to know the communities that they’re working in?’”

Through detailed asset mapping and needs assessments in each city, which were used to inform program design, PeacePlayers learned that while the unjust treatment by police towards BIPOC communities was a serious issue, the deep inequities BIPOC communities and families were facing when it came to education, housing, food security and healthcare, just to name a few, were more pressing for many families. Bryan Franklin describes it as, “I’ma stay away from police, but also there are much bigger issues that I am worried about. As a parent, I want to make sure that I can put food on the table for my child. I want to make sure they’re getting a quality education and getting the opportunities to realize their full potential.” Bryan speaks about justice and equity as a necessary component of peace; if PeacePlayers United States was going to build peace, it could not happen without 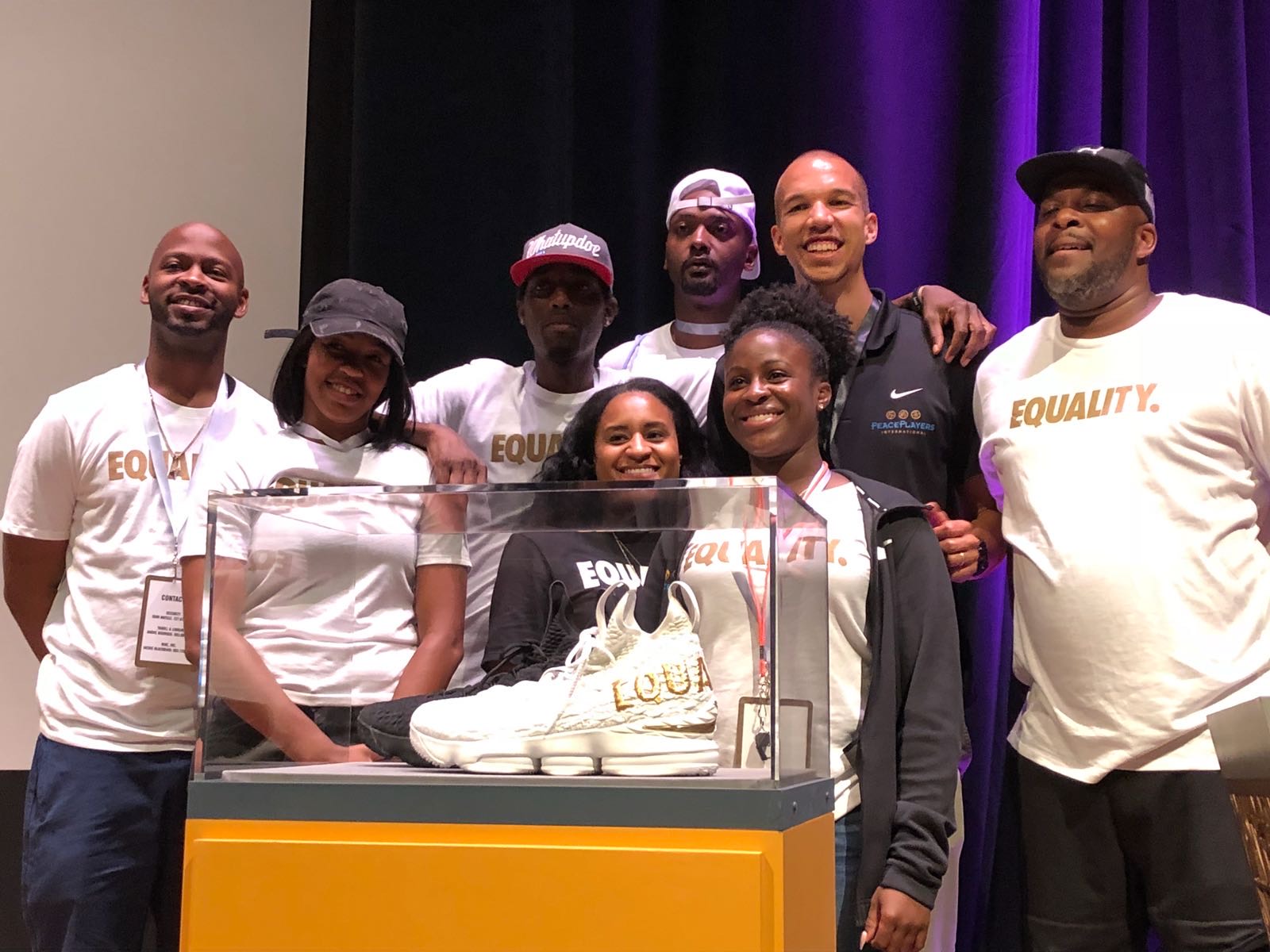 A pivotal moment occurred at a spring staff retreat in 2018. In Bryan’s words, it was “the Aha moment of ‘Oh, we really need to change this.’” U.S. staff and PeacePlayers board members were brought together to reflect on the past year of programming, and to discuss the next steps for PeacePlayers in the United States. Some staff entered the meeting already understanding that a shift needed to occur. But through the discussion, it also became clear to many others that PeacePlayers needed to shift away from working with police, and move into a focus on racial equity. Up until this point, equity and justice had not been central pieces in PeacePlayers’ messaging, or mission, and so the shift was not just significant, but new for the entire global movement.

PeacePlayers’ Director of Global Programs Rochelle Coleman, who was also integral in laying down the roots of PeacePlayers United States, mentions that while most people, particularly the staff on the ground, felt that the time had come to pivot, there were still members of the group who were not convinced. They felt that the divide between law enforcement and Black youth was critical and that PeacePlayers should continue to try to build that bridge. By Fall of 2018, it became increasingly clear that racial equity among youth, and not police engagement, held the key to bridging divides in the United States. However, it would take roughly a year for this change in vision to be accepted organization-wide.

Gradually, the program began aligning more closely with the work that PeacePlayers had been doing for over 15 years internationally — 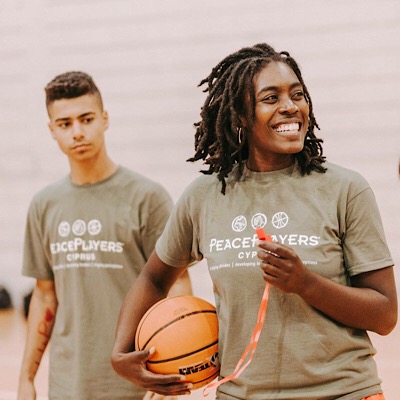 “Going back to our roots” and working solely with the youth. Rochelle says, “The youth were there, [so] then it transitioned into ‘What's the message?’ ‘Who [are] you working with?’ ‘What's your divide?’”

By this point, with the support of team members from the DC office, each city began delving deeper into the challenges and opportunities of the youth in their communities through a racial equity lens. The process that was developed for Brooklyn, Baltimore and Detroit was then used in establishing programming and community support in two new cities: Chicago and Los Angeles, in 2018.

Growth and development extended in all five cities throughout  2019 and 2020, with each city now being led by a local director and multiple team

members and with programming centered wholly on equity, bridging divides and youth leadership. The Leadership Pipeline, modeled in our international sites, had been adopted by PeacePlayers United States to create foundations for building programs in each city that would engage youth from ages twelve all the way into adulthood.

Fortunately, PeacePlayers United States’ supporters endorsed the evolution of the program. Bryan recalls a board meeting in late 2019 with several stakeholders including Nike, Laureus, and the NBA Players Association. At that meeting, PeacePlayers first publicly rolled out the idea or mission of creating a network of young leaders who come together across communal and racial divides to build a more peaceful and equitable society. The response? The head of the NBA Players Association affirmed that this was the right approach and ensured that PeacePlayers “will be set apart in the work that [they’re] doing in this country,” recalls Bryan.

Those learnings paved the way for a number of early wins and successes. One of the most significant triumphs included starting the first ever girls basketball team at Martin Luther King Jr. Middle School in Baltimore, where in Bryan’s words “it wasn’t all about winning, it was holistic.” The team built pride in the school and created an opportunity to bring families and communities together to support their children. Parents who had never even played basketball got involved, boarding buses to go to their sons’ and daughters’ games.

In Brooklyn, a major success included the weekend basketball practices and skills sessions that led to late hours on the court, where coaches and youth discussed culture, and challenges in the community with other local organizations. Those encounters ultimately led to increased trust in PeacePlayers and its leaders on the ground.

And later in 2019, youth from several of our cities participated in the first ever 2019 Regional Friendship Games “where PeacePlayers from around the country got together for the first time. For some of those kids it was the first time they had been to Chicago or Detroit or been on a plane.” It was the moments where, in Rochelle’s words “You could see the kids were really bought in like they were ‘full on PeacePlayers.’”

Today PeacePlayers United States is still making an impact and scaling their programming in five cities nationwide, as well as being part of a larger global youth movement working to bridge divides and create more peaceful and equitable societies. To read more about current impact, follow PeacePlayers 20th Anniversary campaign through the months of October, November and December as well as @peaceplayers_us on social media.