PeacePlayers 20th Anniversary "Where We've Been"

In what has almost become a thing of lore in our movement, PeacePlayers started out as an idea, the dream of brothers Sean and Brendan Tuohey to use basketball to change the world. But when Sean touched down in Durban to launch the first PeacePlayers site in South Africa, he needed to find a way to turn that dream into action.

The dream itself, ironically, came to be on the other side of the globe in Northern Ireland. Both Brendan and Sean had witnessed the potential of bringing youth together through sports in Northern Ireland, where they had each independently led programming for Protestant and Catholic children who had lived through decades of sectarian violence. Like many things in PeacePlayers’ early years, the decision to launch PeacePlayers in South Africa was the result of a by-chance meeting and an opportunity too good to turn down. 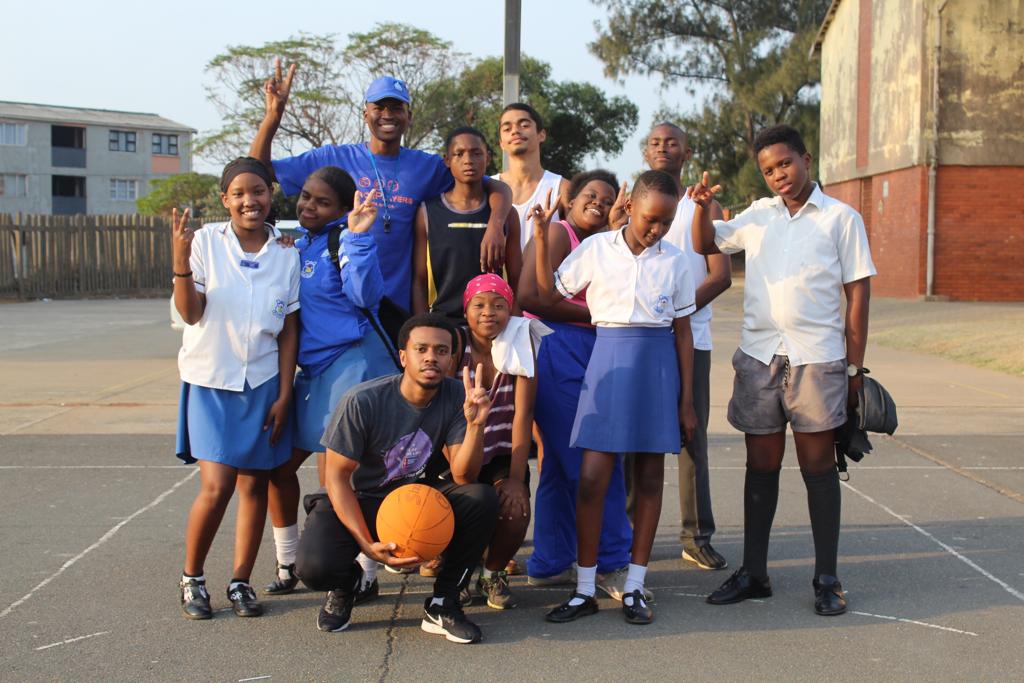 In 1999, while in Northern Ireland, Sean befriended Jonathan McIver, a police chief who had worked previously in Durban. Jonathan recommended the South African city as an ideal location for peacebuilding sports programs. Over half a decade had passed since the system of institutionalised racial segregation known as Apartheid had come to an end, but South Africa was still as divided as ever. By the time Sean finished his stint in Northern Ireland, he was convinced that he had to make a program in South Africa happen.

Sean knew that Brendan was key to helping bring the dream to life. Sean pitched the idea to Brendan, and as Brendan tells it, ”You know I kind of got it right away.” Both brothers started to do their research, looking for what was already happening as far as sports peacebuilding programs around the world. And they were surprised to discover that the answer to that was, not much.

“That didn't make any sense to us, because, I mean, from growing up and being in Northern Ireland, we knew the power that sport can play and what a great way it was to bring people together, so the fact that this wasn't happening...we thought, hey we need to make it go.” 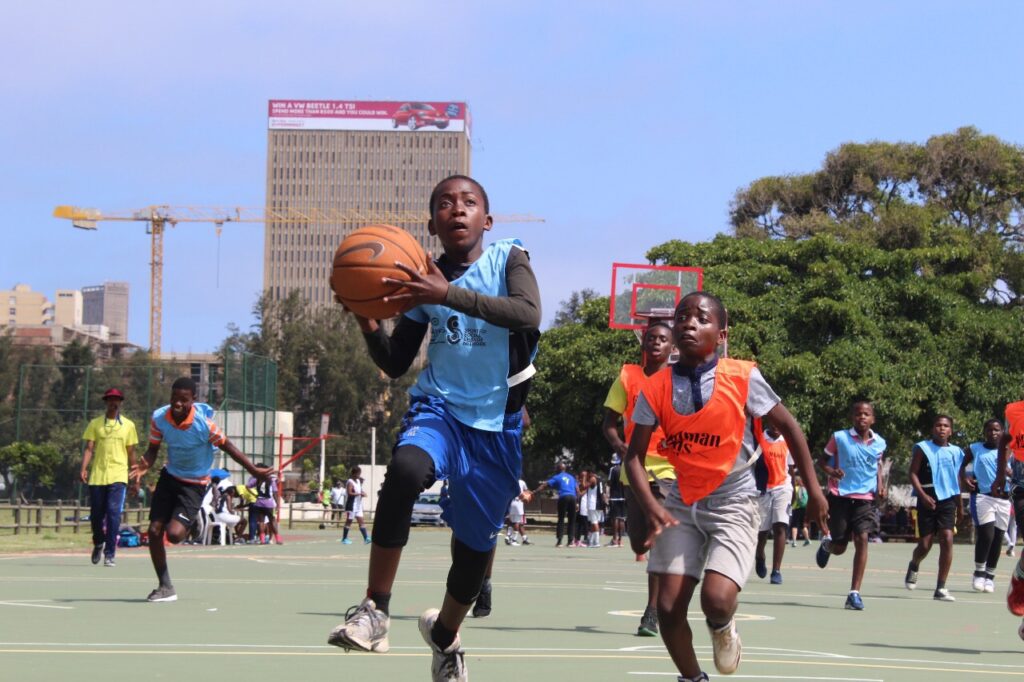 And with seed funding of just 7,000 USD and a few connections through Jonathan McIver, just like that, PeacePlayers was born. From the moment he landed, Sean put himself out there, meeting people in the basketball community and at schools. “There was a lot of fire and a lot of goodwill and I don’t think anyone else would have been able to bring people together in a way that Sean did,” said Mthoko Madonda, at the time one of South Africa’s best point guards, who worked as Sean’s partner to launch the program. “I think I always kind of had the idea of giving back. I was young; I was still doing psychology [at university]. I thought I could change the world.”

At first, the focus of the program mirrored what Sean had been doing in Northern Ireland, using sports to bridge divides.

“The program wasn't that sophisticated, it was very simple. But we were just young, and this was a cool idea, and we just wanted to get on with it.”

What was complex, however, was South Africa’s racial and cultural makeup, which included 11 official languages and diverse racial identities including black, white, coloured and Indian, with each group living separate lives – one of the legacies of Apartheid.

Another legacy were the stark inequities between the non-white majority and the white minority. “The economic inequities behind it are very clear to the point where you can be in a suburb that looks somewhat like a US suburb and then drive for five or 10 minutes and be at least when I was there, in a township with 10 homes that didn’t have running water,” recalls Bryan Franklin who in addition to helping launch PeacePlayers United States, was a fellow in South Africa from 2014 to 2016.

And still, despite these complexities, PeacePlayers was able to bring young people together.

"I remember those tournaments early on, where you'd have thousands of kids. And you just look at the sea of young people, and I can picture coaches in red and like Black, White, Indian kids just littered across the field, you know just playing the game of basketball and connecting with each other"

Indeed, there were some powerful moments in that first year. Anyone who talks about the beginnings of PeacePlayers South Africa dives straight into the story of when the affluent, predominantly white private school Clifton boarded a bus and traveled to the black township of Umlazi. “I remember thinking I don’t think this has ever been done before.”

There was one thing that stuck with Mthoko most about that day: “There was this white camera woman or producer. And so, as kids started singing, they were singing just this beautiful kind of Zulu melody, and I caught her out of the corner of my eye, and she was sobbing.”

“So, most of the time, the only experience of blackness [white people] see is people that are maids or cleaners, so they don’t really know how to relate to the beauty of the culture, so that is what she was feeling, and we did that. We did that in 2001-2002 as a bunch of 20-year-olds.”

Quickly after that, the program surged, growing to thousands of participants within a year. The more time Sean spent in the black townships and rural areas, however, the more he understood that the black majority in South Africa were dealing with many other issues that were literally life or death – the most pressing of which was the HIV/AIDS crisis.

So, it seemed that bridging divides would have to sit on the sideline while PeacePlayers attempted to tackle the HIV/AIDS pandemic, which was disproportionately affecting Black South Africans. PeacePlayers soon teamed up with the Harvard School of Public Health, and recruited Andrew Gordon in 2001, to work with Mthoko to develop a brand new sports-based life skills curriculum with a focus on HIV/AIDS awareness, around the time that Sean returned to the United States.

“I would stay up all night long writing curriculums and just doing research. I feel like I have a PhD in public health from all the research I did at that time around HIV awareness and education,” said Andrew.

Andrew and Mthoko developed workshop modules, integrating feedback from local NGO partners and other people on the ground in order to make sure that the curriculum would be relevant for local communities. Andrew and Mthoko wrapped a bow around the curriculum and started training coaches in how to lead the activities, thinking that it was enough.

“You know, we put too much pressure on coaches without really supporting them. Yeah, we did these training camps. [We] were really like, ‘High five! Yeah, come on, you can do it’… But what we forgot was that they go home to families where they have to deal with HIV and AIDS, substance abuse and we just wanted them to be everything. ‘Oh you’re the coach, you’re the leader. You are going to save the world, you know, and there was nothing to catch them,” said Mthoko. 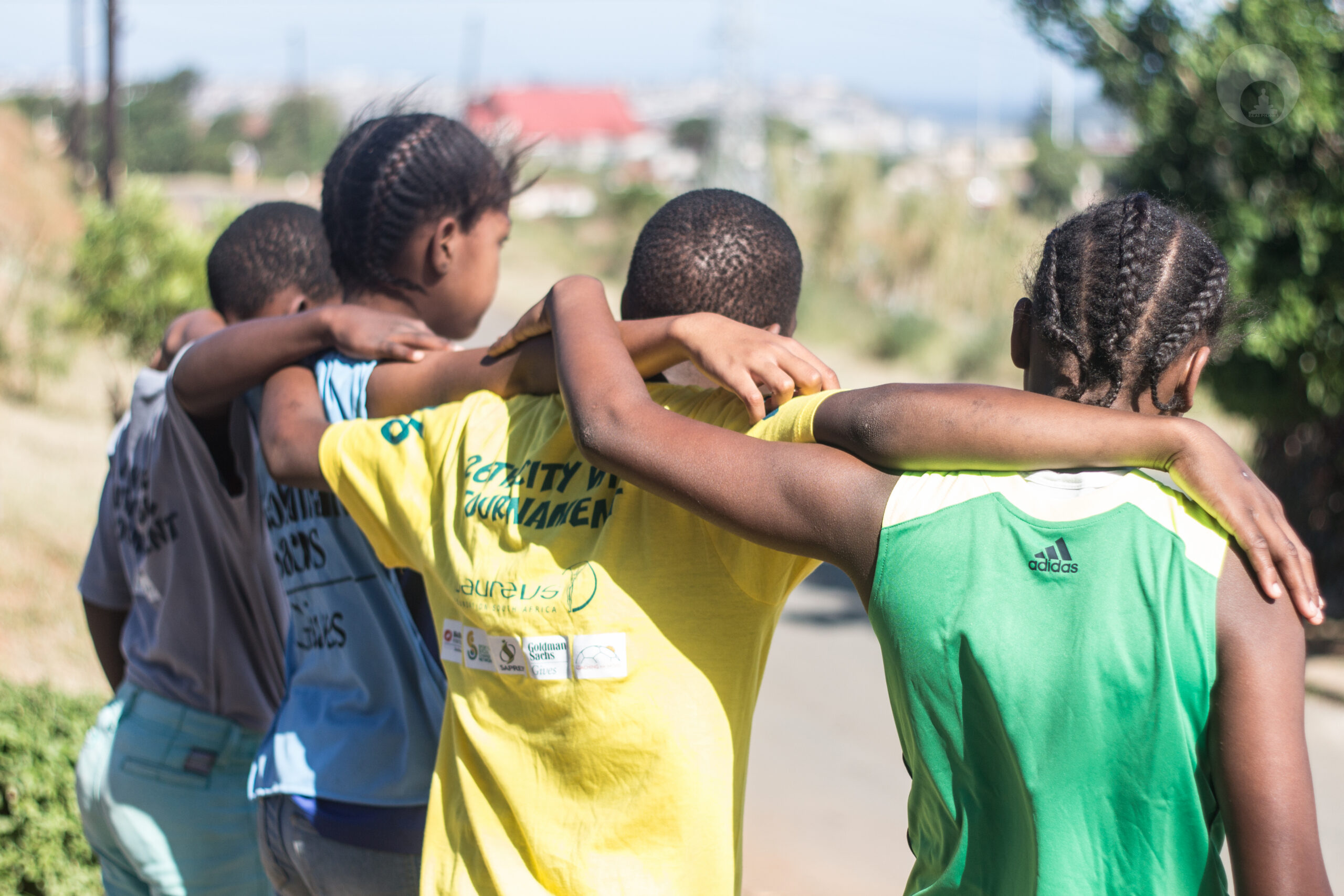 It took some time for PeacePlayers to understand just how important this support was when working in international contexts, not just for coaches but for local managers as well. In 2004 PeacePlayers hired its first ever local managing director, a highly motivated young woman seeking to bridge divides and improve conditions for South African youth. Despite her drive and potential, PeacePlayers management did not understand what it would take for her to succeed, and didn’t put the necessary structures in place to support her. After her departure in 2005, PeacePlayers realized that it didn’t yet know how to transition sustainably to a locally-led organisation. It would be another three years until PeacePlayers South Africa transitioned for good to local leadership.

By the time Bryan Franklin began his fellowship in South Africa in early 2014, PeacePlayers had already begun to phase out its HIV/AIDS focus. Not that the pandemic had ceased to devastate South Africans, but rather that PeacePlayers realized that young people needed more than to learn about safe sex practices — they needed hope, they needed opportunity.

“There wasn’t a whole lot of future hope for folks and so, if you don’t have hope for the future, there’s less incentive to make future focused choices, to act responsibly. So I think the program made a healthy shift, in recognizing that South Africa was one of the most racially inequitable countries across economic lines, we focused on providing programming that would support the youth in important life skills, in education and by exposing them to new opportunities. These are the things I think every parent wants for their children, things I certainly want for my own daughter.”

Nasiphi Khafu, PeacePlayers South Africa’s Executive Director and long-time member of the program speaks to the program shift being born out of the realization “that HIV and AIDS [was] the end result, it [was] not the problem.” In an effort to have greater impact on the youth, program leaders began delving into the questions around “how [they could] equip youth to be capable leaders, and beyond being capable leaders how [they would] give them opportunities to see that there is life beyond their own communities.”

And PeacePlayers South Africa’s solution? The Professional Development Program, a program that consists of a group of long-time participants called ‘area coordinators’ who make up the official staff and are “running the programs and training the trainers who are from those communities. They are seen as pillars of strength and pillars of hope.” This program serves multiple purposes; it’s empowering those long-time participants to be local leaders within their communities, equipping them with the necessary skills needed to lead and inspire the next generation of youth.

“Local leadership is extremely important … I’ve seen drastic change in our program and in our youth. Young participants can see themselves in those who are leading PeacePlayers programming, they are able to see success, Black success, White success, Coloured success, Indian success that is from their communities and that they can identify with. When you can identify with that community, and you’ve been through the same challenges, when you speak, your voice resonates differently than from someone who is not from there.”

In reflecting on PeacePlayers South Africa’s evolution, Mthoko remembers his years with PeacePlayers as full of growing pains and missteps aside the triumphs, but these are precisely what led the organization to learn who they really wanted to be. ”It’s not just right or wrong, but it’s more learning and growing and developing. I think that’s important.”

“I think our intention was to do good, and I think that matters, but we were young and I keep saying we were young, because I think globally I have seen how organizations evolve and the life cycle of organizations and it just really takes a long time for organizations to get to that level where we’re like, okay, we know who we are and even then, you know you’re still constantly evolve and developing.”