Despite the many challenges American youth — especially those in undervalued communities — face during the pandemic, there has also been resilience, community and — through PeacePlayers’ virtual programs — great learning. The virtual space allowed youth leaders from across the world to unite, inspire and educate each other using their own voices. Promise Yates from PeacePlayers Los Angeles and her mother Ottum are great examples of how PeacePlayers’ virtual connections have helped change perceptions.

Promise, a 13-year-old girl from the Watts community, has literally grown up playing basketball, first learning how to play at the age of two. Promise first learned about PeacePlayers while playing with the Los Angeles Sparks (WNBA)–Jr. Sparks and thanks to San Dixon, a coach for the Junior Sparks who also serves as a coordinator for PeacePlayers LA.

“Knowing Promise was homeschooled, [coach San] presented it as a social opportunity to make some friends and practice basketball."

It was during the spring of 2020 that Promise was selected to participate in PeacePlayers’ Virtual Friendship Games. Thanks to the generous support 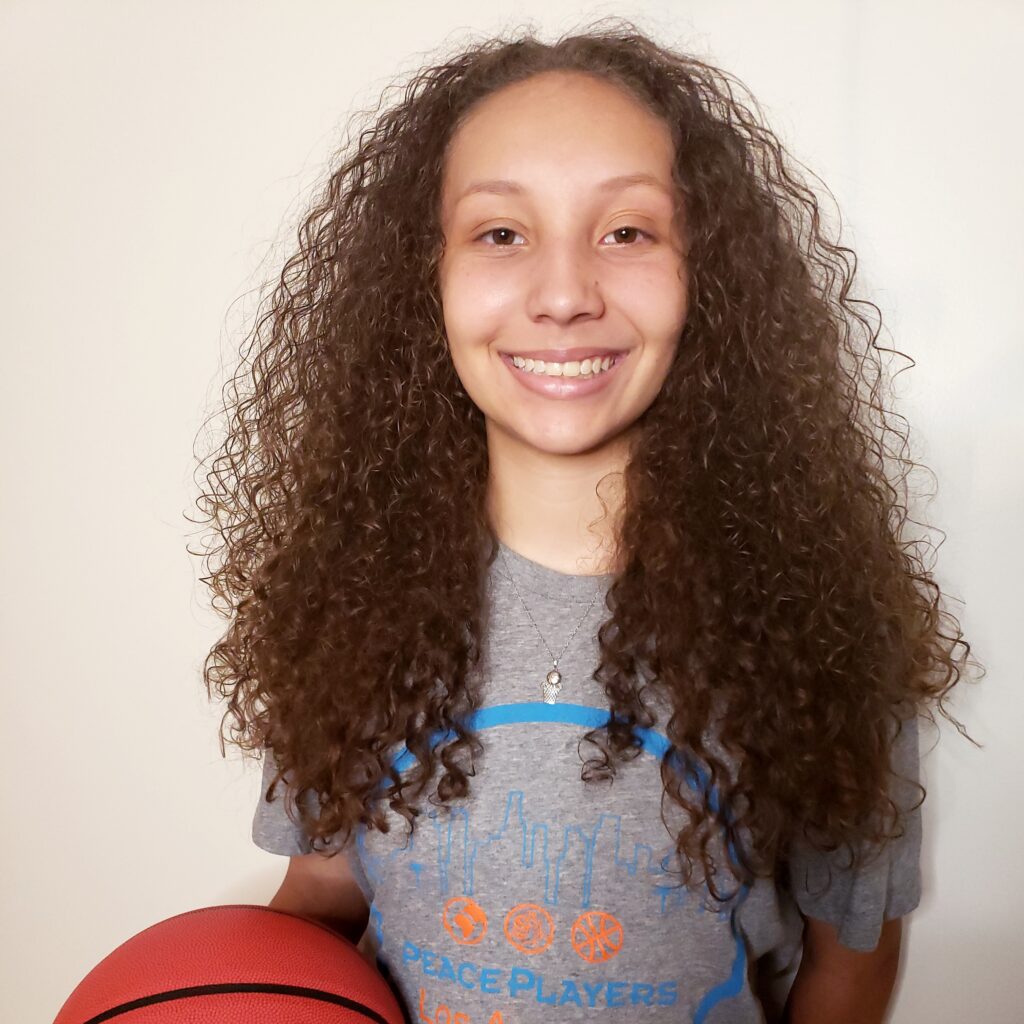 of Ed and Penelope Peskowitz, the Friendship Games started in 2019 with the goal of connecting PeacePlayers’ vast community of youth leaders around the world, and transforming them into a truly global peace movement. The Virtual Friendship Games were Promise’s first virtual experience with PeacePlayers. Thanks to the window to the world that virtual programming provided, Promise even said that she liked virtual programming more.

“All the sites came together on Zoom so I got to meet people and see different people’s cultures and their communities and how they play basketball. People from around the world, which I’d never gotten to see ... Competing against the people around the world. Seeing how they play basketball compared to how I played. Our two styles competing against each other.”

These virtual twinnings with peers from across the world have inspired Promise. As with many young leaders across PeacePlayers’ sites, now that Promise has met her peers and coaches from other sites virtually,  she’s inspired to do more. “Promise, since doing virtual, one of her dreams and goals is to continue with the program so that she herself can be one of the mentors, trainers or coaches so that she can travel to these other sites… there’s a lot going on at these other communities that she can bring to L.A.,” says Ottum.

Following the successful Virtual Friendship Games, the PeacePlayers United States team endeavoured to offer a virtual basketball camp for their young leaders and youth. As Los Angeles is just one of five cities across PeacePlayers’ United States network, not only was Promise now competing and learning from her peers across the world, but she was being exposed to peers and mentors from Baltimore, Brooklyn, Chicago and Detroit. “Going to other sites and seeing what they’re bringing, their experiences and their speakers – what they’ve experienced in their life and my experience. Even though they’re a different site, we still have connections. I feel like us connecting is really necessary for our growth.”

Those connections were happening thanks to the virtual nature of the basketball camp, and they continue to flourish outside of those virtual sessions. “It’s not just what happens in the meeting, it’s also what happens after. Her coming in and saying ‘hey I met this person and this person.’ We then go [look them up on] Instagram and Google. Having access to people that you didn’t have access to before. In real time hearing their stories in their words. Getting that actual interaction,” says Ottum.

“I wouldn’t have been able to hear other people talk about their stories. That’s something I think we need to have if we want to grow, people telling their stories.”