How PeacePlayers Brought This Los Angeles Coach Back to Grass Roots

Earl Ramsey looks back at the 16-year-old version of himself and freely admits he would have been skeptical about PeacePlayers.

Well, more than skeptical. That young man, stubborn and already starting to get stuck in his ways, wouldn’t have viewed it as an opportunity to be relished.

Part of that came from Earl needing to step up and help raise his younger brothers when his father became sick. But most of it came from the circumstances of becoming too cynical at too early an age, the result of growing up on the tough streets of South Central. 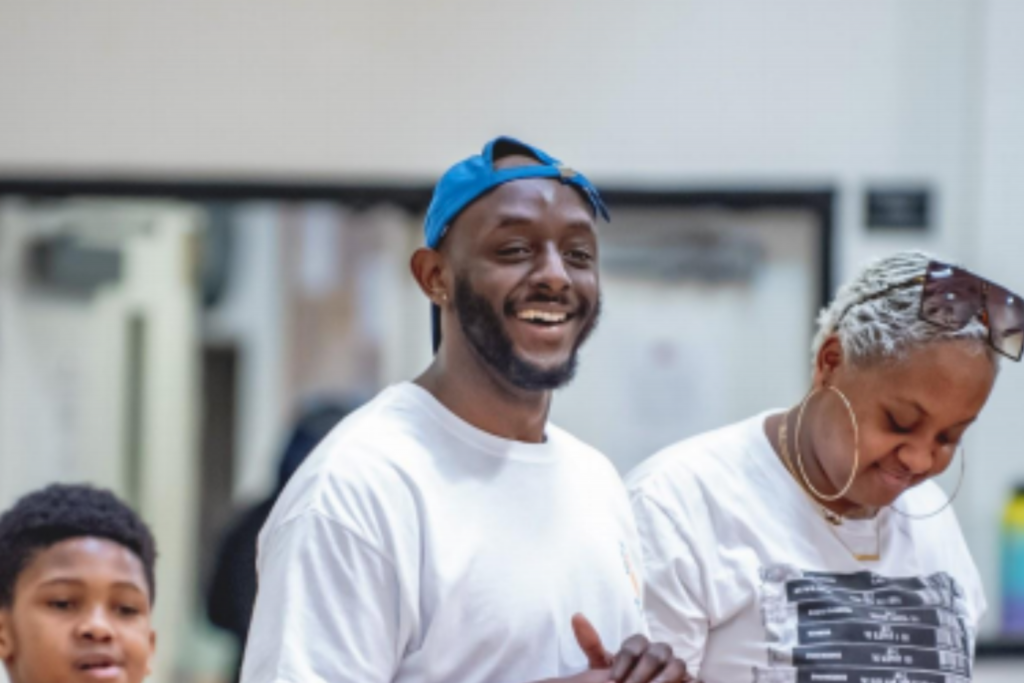 Earl, now 29 and a PeacePlayers Los Angeles coach for the last two years, shakes his head at the idea that kids would pass up on a chance to receive free basketball training from wonderful mentors who get up every morning looking to make a difference in the lives of young people.

“Talking to a kid I would be selling without selling,” Earl said. “I would just tell them all the things we do. And I would just encourage them to not miss out and give it a shot. I’m not gonna make you come. But I’m telling you, you want to do this.”

For much of the last decade, Earl has devoted his life to building a business training professional and college basketball players. But he’s never strayed far from a passion for connecting with the kind of young person needing guidance that he was not so long ago.

After helping out for several years at Downtown Magnets High School in a program where sports wasn’t a big focus, Earl was introduced to PeacePlayers in 2019 by PeacePlayers Los Angeles Program Coordinator San Dixon. The significant basketball component was exciting to him but so was a curriculum that not only allowed improvising with the kids but encouraged it.

Case in point: PeacePlayers LA began doing takeovers of P.E. classes at Markham Middle School before the Covid-19 pandemic started, but when the schools went to remote learning, things became trickier. When a kid is standing right in front of you, they don’t have the option of hitting their mute button.

That’s what Tiffany, a student at Markham, would do as soon as possible during class. Earl quickly noticed this and created a game to bring her back into the fold without making it embarrassing for her.

Earl dubbed the game he invented, “What are you talking about?” and it involved Earl asking a question to the group and requiring everyone to unmute themselves and answer a question, such as what’s your favorite cereal? The game became so popular that students began to request it and became a regular icebreaker to begin the Zoom calls.

“I felt like it’d be fun,” Earl said. “Tiffany is quiet, but she’s not shy once she’s comfortable. She comes off as shy and quiet for so long. I just kind of kept poking at her to get her to open up a little bit. And I noticed she muted herself every time we would get on. We have responsibility of bringing an icebreaker. PeacePlayers does a fantastic job at laying out certain icebreakers that we can do.

While the foundation was set by PeacePlayers, it was Earl who discovered the game that brightened the day for Tiffany and many of the students.

“Instead of Earl looking at Tiffany muting herself as a negative, he noticed and turned it into a positive thing,” Program Coordinator San Dixon said. “Letting Tiffany know that she was the inspiration behind it was a great moment for him and Tiffany and just shows how he connects with kids.”

In addition to being a doting father to his newborn daughter, Earl devotes much of his personal and professional life to GAGE (God and Grind Everyday), an organization he founded whose name comes from the street he grew up on, his faith and a determination to never give up.

Earl is building a life in basketball at the same time his younger brother, Devearl, is completing his senior season at UC-Santa Barbara, where he’s started 65 of 66 games over the last three seasons. The pride he has for his family and his business are inexorably intertwined.

“Taking my street name and turning it into an acronym to make it positive was the goal behind GAGE,” Earl said. “Because I felt like that message was what saved me. It saved both of my brothers and just the people that are in situations like we were in. I felt like they can have the same motivation.

Earl isn’t afraid to use his connections to bring some light to some of the kids in PeacePlayers. When a boy showed up one day wearing Jayson Tatum’s Celtics jersey, Earl shot Tatum a text to let him know and Tatum responded with a video for the boy, thanking him for the love and support. It was a special moment for both teacher and student.

It’s times like those when Earl recognizes the impact he’s having on young people and why the decision to partner with PeacePlayers was both life-changing and life-affirming.

“PeacePlayers kind of… kind of attacks the root of the things that I believe in,” Earl said. “It’s so easy to get caught up in our schedule. You start getting an NBA client and a college client and they become priority because they’re connected to the goal that I want set for myself.

“PeacePlayers brought me back to grass roots. A kid with no basketball experience. So it’s little things like that which reminds me this is why you do this.”