Bringing young people together to learn from coaches and one another has always been a key part of the PeacePlayers core mission.

Sometimes, obstacles can get in the way of that mission. Like, say, during a Global Pandemic.

But time and time again over the last year, we have adapted to our new — and hopefully, temporary — reality by making adjustments and keeping true to our mission, even if it’s over Zoom calls instead of on the basketball court. 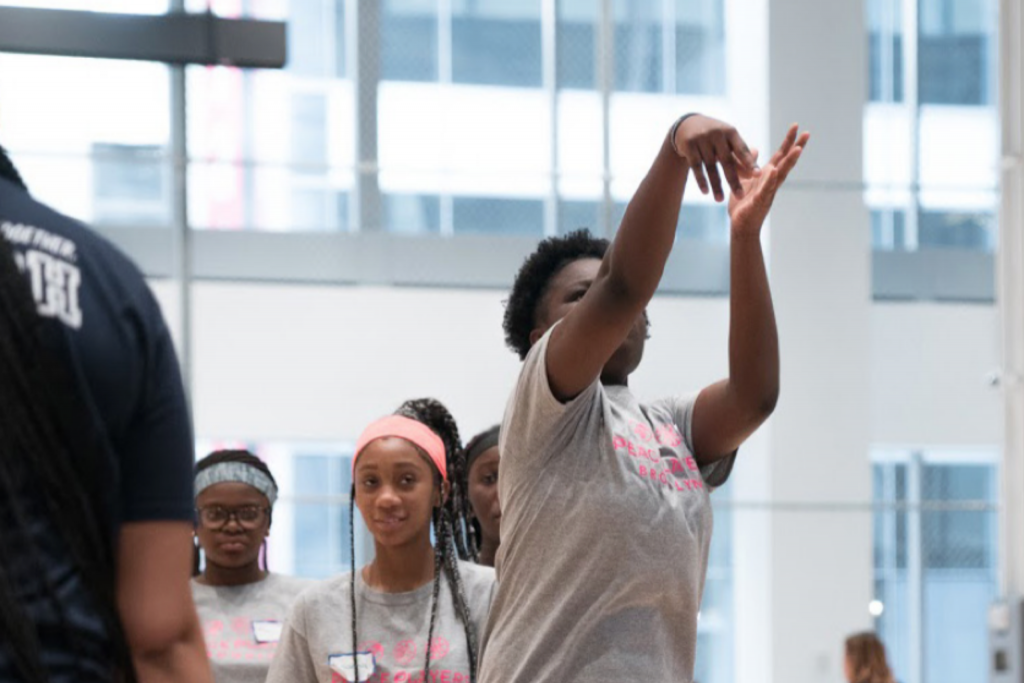 The five topics: “Who am I? Developing my voice,”, “Challenging societal norms”, “Team building”, “Women empowerment” and “A Woman in Your Life (highlighting  personal role models).”

Two of the girls — Brooklyn’s Diamond Odigie and Detroit’s Barbara Age shared some of their thoughts from each of those five memorable Saturdays.

WHO AM I? DEVELOPING MY VOICE (led by PeacePlayers Baltimore)

The first topic resonated strong with Diamond (pictured below), an eighth grader who described herself as someone who was slowly but surely coming out of her shell since joining PeacePlayers.

“Something that I remember from that day was we were talking about how we develop as a person,” Diamond said. “And to me I was just thinking how I didn’t just develop through the experience I had with PeacePlayers but how I developed generally when I was playing basketball.

“I think PeacePlayers provided a comfortable space where I get to talk with other girls who I somewhat felt like I related to and like I could connect to as well.”

Barbara’s takeaway was remarkably similar to that of Diamond. Neither girl felt they came into the program as a wallflower fearful of the world, but both understood how helpful it can be to describe your confident and true self.

“We were talking about how to be more bold in what you say,” Barbara said. “I always could speak, but I didn’t have a lot of confidence behind what I was saying. I saw how all the coaches spoke with power that day. They know what they’re talking about and they want to get their point across. So it showed me how to be more bold with what I’m saying and put a little power behind my speech and whatever I’m saying.” 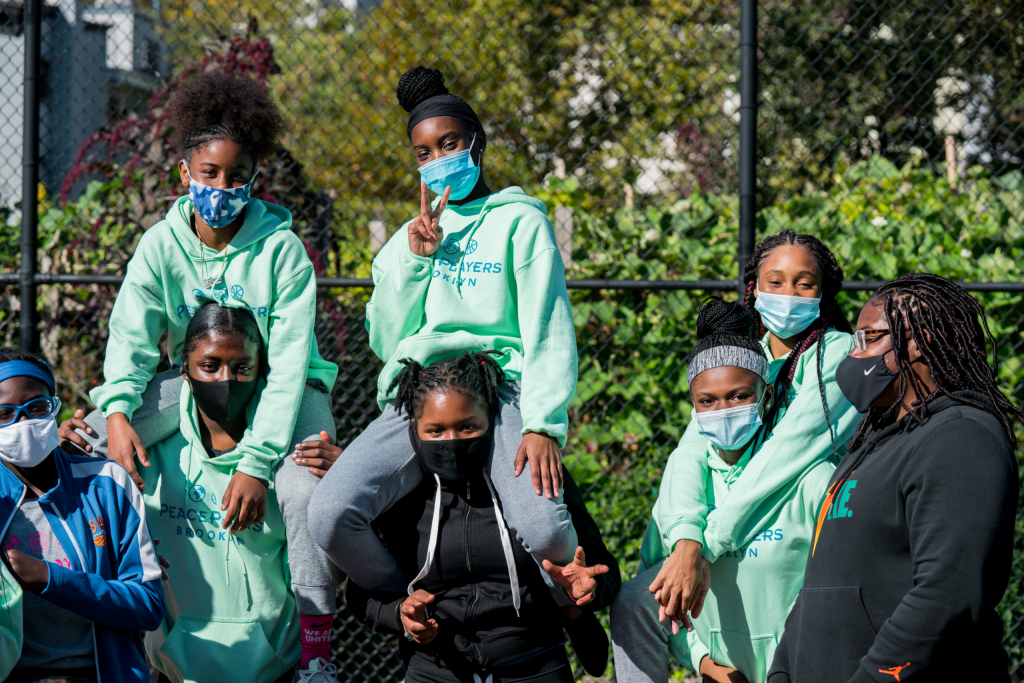 Gender-based discrimination is hard to avoid for any young woman, especially those who love athletics.

When the topic was presented, Barbara knew it was something she needed to embrace and overcome.

“It was explained to me that just because society says one thing, that doesn’t mean you can’t do something else,” she said. “You don’t have to follow the norm of society. You can break it.”

The weekend helped dispel the notion girls aren’t as strong, determined or talented as boys.

“It upsets me a little bit, because I know that we probably have a little bit more talent than the boys,” she said.

Diamond loved how the discussion created a desire within her and the other girls to keep striving to do their best in whatever endeavors they pursue.

Breaking the glass ceiling in sports and elsewhere in society — Sarah Thomas was the first female official to work a Super Bowl this year while Kamala Harris became the first female Vice President of the United States — is burning within her.

“That day we were really talking about how society separates guys and girls from activities like sports,” Diamond said. “How girls are underestimated and people don’t think that we’re really capable of doing better than guys. And in a way I felt like society’s norms even pushes growth, like me and other girls who are part of the program even harder to do their best. And not just in basketball. Everything in general.”

The main activity during team building had girls split into different teams and play a game of Family Feud. It was a great example of how PeacePlayers goes beyond basketball to create the right environment to teach young people strong values that they will carry with them into adulthood.

Focusing on teamwork and support didn’t mean competitiveness was thrown out the window.

“I think we lost,” Barbara said. “But I really thought that we should have won.”

The fourth Saturday included a video of Grey’s Anatomy creator Shonda Rhimes giving a commencement speech a few years ago at Dartmouth, her alma mater.

There is great power in seeing people who look like you achieving great things.

“Her story was very inspiring to me,” Diamond said. “And not just as a girl but a black woman in society as well.”

Barbara soaked in the message that the highest levels of success aren’t reserved for one particular group of people. But she also took in Rhimes’ words about how she achieved her success, which involved a whole lot of trying and a whole lot of failure.

“She was talking about how she failed and then she finally got it,” Barbara said. “And sometimes when you fail, you feel like, you’re not going to be able to make it but you got to keep pushing until you do.”

Failure? It’s just another part of the road to success.

“It’s not hard to understand that,” she said. “But it’s hard to believe it.”

A WOMAN IN YOUR LIFE (led by PeacePlayers Chicago)

The final Saturday of the Summit became a little more personal.

Each girl was asked to create a vision board focusing on important women in their lives. Diamond proudly spoke up about two special women: her sisters.

“That day was good for me,” Diamond said. “I talked about how I felt inspired by my two sisters, my eldest and my youngest sister. Because they had a great impact in my life as well. And how it was able to let me see something outside life, like gears deeper, because my sisters always have been there for me. They’re always very supportive with everything that I choose to do and who I am.

One of the women who made a mark on Barbara was WNBA player Reshanda Gray, who spoke about being raised in poverty and being put into foster care.

“I really enjoyed her speech because she was telling us how she came from nothing and how she used to live in the ‘hood of LA,” Barbara said. “She was great. She showed that no matter where you come from or what happened in your childhood, you can still be great. Don’t let that define you.”

That’s a message Barbara, Diamond and the other young women who took place in the Summit won’t soon forget.