A Safe Space Not Just for Basketball, but for Healing

On March 3, 2020, a shooting took place during an adult pickup game at Palmer Park — on a court the kids were supposed to use later that day.

Two men who were participating in the game got into an argument that led to one of the men getting shot and killed.

Knowing the court would be used by PeacePlayers later that day, a Chicago Park District employee contacted Peace Players’ Chicago director Andrea Johnson to make her aware of the tragedy. 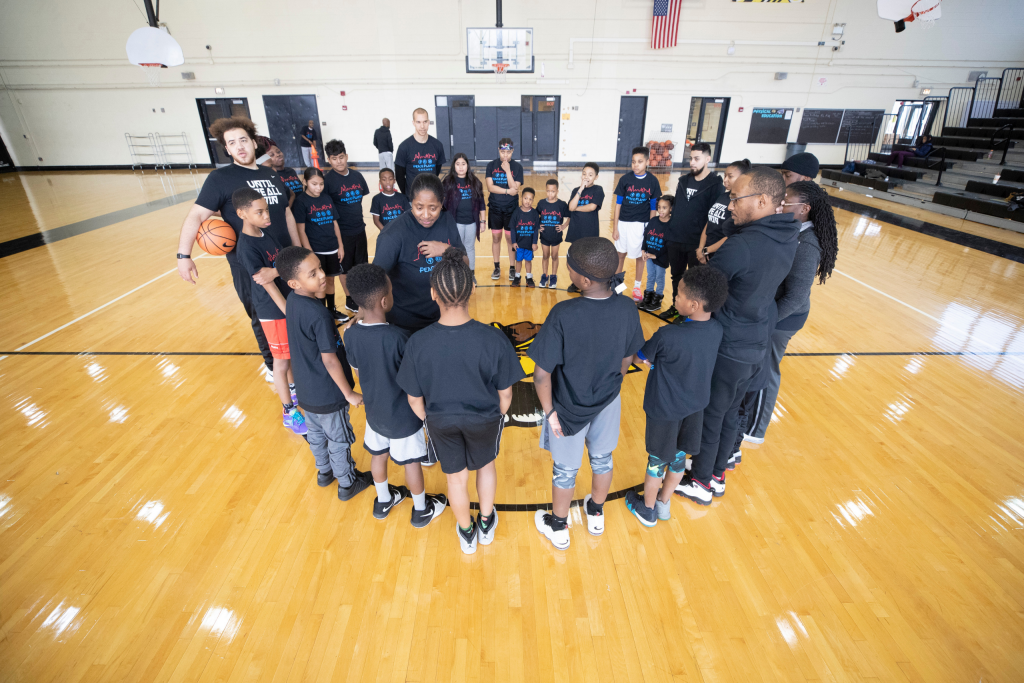 The afternoon’s basketball activities were canceled but Johnson had other decisions to make as well: How should she handle talking to the kids about what transpired? What should she and her team say about such a horrific event?

Instead of trying to sweep it under the rug and pretend it never happened, when the group gathered again a week later, Johnson and her team led a discussion about what had taken place.

“We asked if they wanted to share anything,” Johnson said.

“At first, only one person spoke up,” Johnson said. “But after she told a story about her uncle they just started raising their hands, one after the other. And they were talking about family members. So we gave them that opportunity to talk. It was pretty sad for me to hear that so many of them experienced a family member, a friend that was either shot or killed.”

“I mean, every one of them had a story and wanted to share. I get choked up when I think about that conversation. That kids 9, 10, 11 to 14 years old would be exposed to that. That we would have to take time out of our program to talk about that was a really difficult moment for me and my staff to listen to that.”

That session didn’t mark the end of the conversation.

“The following Tuesday, we talked about it again but more on a positive note,” she said. “Letting them express themselves, their thoughts and feelings. We talked more about why PeacePlayers is in Roseland. So we can provide a safe place for them to play and give them access to mentors and adults they can trust. Adding some positivity and hope to the conversation.”

It’s that hope that Andrea is determined to instill in these kids no matter where they go in life. Just like Andrea had when she was a young girl growing up in Roseland.

“The thing that keeps me going, that charges my battery, is seeing them laugh and play and have fun,” she said. “Interacting with each other. They’re safe, they feel comfortable. That’s the biggest thing.”