The programme in Northern Ireland uses the neutral sport of basketball, to unite, educate and inspire children and young people from the two historically divided traditions in NI, Protestant, Unionist, Loyalist and Catholic, Nationalist, Republican parts of the community. PeacePlayers NI focuses its work in the most difficult and hard to reach areas. The idea being, if we can make it happen in these most challenging areas, we can make it happen anywhere.

When PeacePlayers started in Northern Ireland in 2002, Ardoyne in North Belfast was once such area. NI alumni Niamh Burns was one of the many young people affected by the conflict in this area of North Belfast. Because of demographic shifts, Niamh’s Catholic primary school ended up in the middle of a Protestant area. Due to on-going disputes, the Protestant residents were picketing her school and trying to stop their Catholic neighbours (including Niamh) from coming into what they saw as their area. 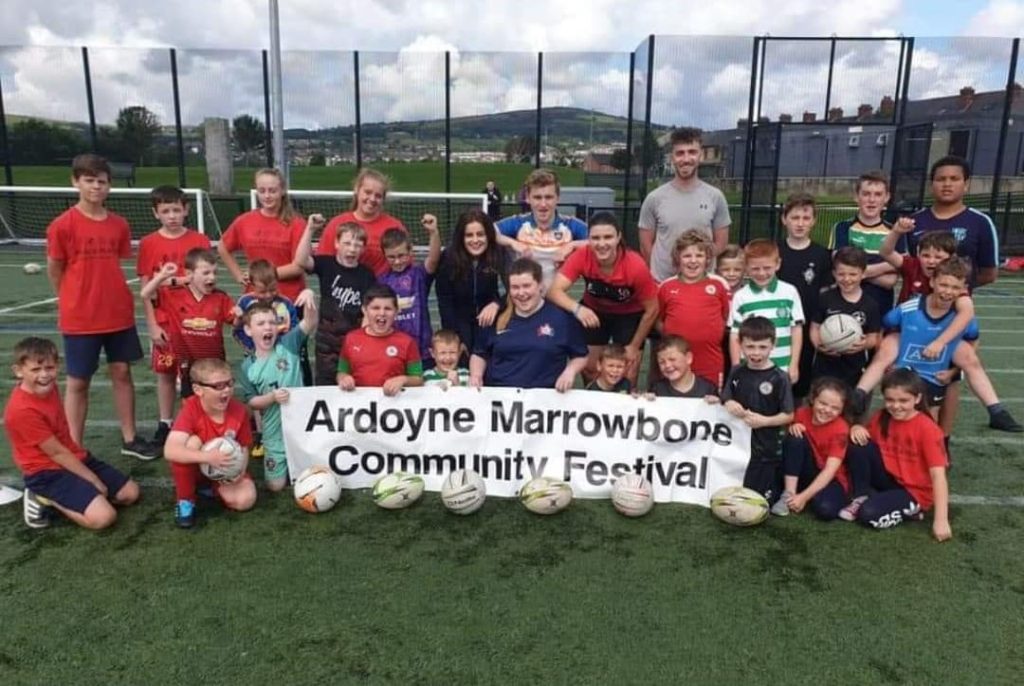 Niamh is a real PeacePlayers success story. Niamh could have become embittered and angry about what she experienced regularly on her journeys to school, but she didn’t. Through PeacePlayers programmes, Niamh reflects on how she was “given space to learn and grow, learn about and make connections in different communities and, was equipped with the skills and confidence to go back into [her] own community and make a difference.”

In Northern Ireland basketball works as a tool for peace building and reconciliation because it is perceived as a neutral sport. Some of our more traditional sports, Gaelic Football, Rugby and soccer, are also largely segregated along sectarian lines. PeacePlayers NI develop a programme called the Game of Three Halves (GO3H), which sees coaching sessions led by coaches from each of these sports, complimented by a fourth halve of community relations through sport conversations. As a participant Niamh had the opportunity to be involved in this programme, not only giving her the opportunity to play some of these sports for the first time but experience how the “safe and welcoming space” gave her the chance to ask questions, explore and have open conversations about “why things were the way they were” in her community. 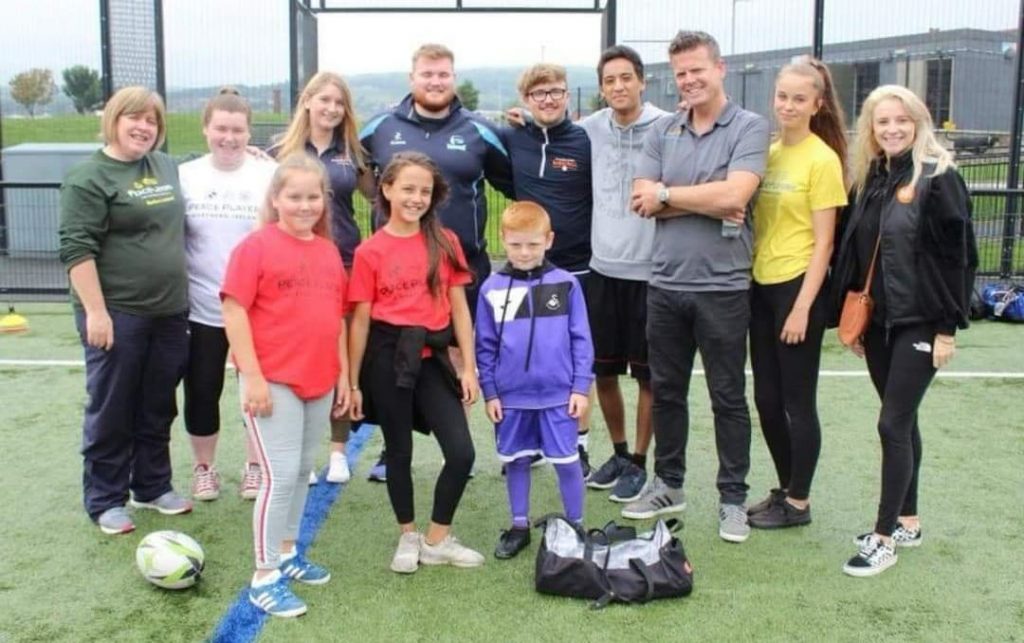 The Ardoyne Bone Community Festival is a Good Relations Community Festival based in Ardoyne Marrowbone, and surrounding communities in North Belfast, focusing on Health and Wellbeing for the Family. After being involved in this festival for years through her Youth Club, Niamh saw the need and an opportunity for more intervention. Using her experiences and learning through her time at PeacePlayers, especially through the ‘Champions 4 Peace’ programme, Niamh brought the concept of G03H to the committee of the festival, hoping that it would be an invaluable experience to the young people in her community as it was to her at PeacePlayers.

When asked why she wanted to start up a GO3H in her own community rather than just inviting young people along to PeacePlayers programming, Niamh shared how “it made such an impact” in her community as it “involved so many local people from her community and addressed the situation and conflict at grassroots level” and how “it gave young people from the Ardoyne area an opportunity to be involved in something they may not have had before.”

Niamh reflects on how during this time, when she was still a teenager, most of her peers weren’t interested in getting involved in programmes like PPNI and how they still had an “us and them” mentality but how she continued to challenge these perceptions.

Since then, she continues to show great leadership amongst her peers and in her community, crediting this to her time in PeacePlayers programming where she learned the importance of community and “found her passion to give back to and inspire others in [her] community”. As she continues to be involved in her community during these challenging times through her youth club, women’s group and her job in the local foodbank and hostel, Niamh shares how she sees her work as “community work, not cross-community work.”. “We ARE one community and need to see ourselves this way more rather than labelling ourselves as opposites”.