On Sunday, 21st February, nearly 100 PeacePlayers youth, coaches, coordinators and directors from all over the WORLD gathered for an hour of Team Building!  Steph, Internal Operations Manager from Cyprus, dynamically welcomed youth into the PeacePlayers second virtual Friendship Games Twinning of 2021. The Friendship Games are an annual, global PeacePlayers initiative, founded by Ed and Penelope Peskowitz. Youth from across our sites participate in monthly events, such as virtual Twinnings, to build connections, friendships and learn about each other’s cultures before participating together in the Friendship Games’ weeklong event.

Sizwe from South Africa kicked it off with a fun and unique ice-breaker that those from last year’s Virtual Friendship Games Twinnings may recall: “First To Me With,” an at-home scavenger hunt of sorts to help the kids get energized. First To Me With set the tone for the rest of the twinning with lots of moving and some added science elements that changed up the game, as it’s already very popular at a few of the sites. Things got a little wild when the kids were challenged to tape a spoon to their noses and test the power of static electricity with salt and pepper. 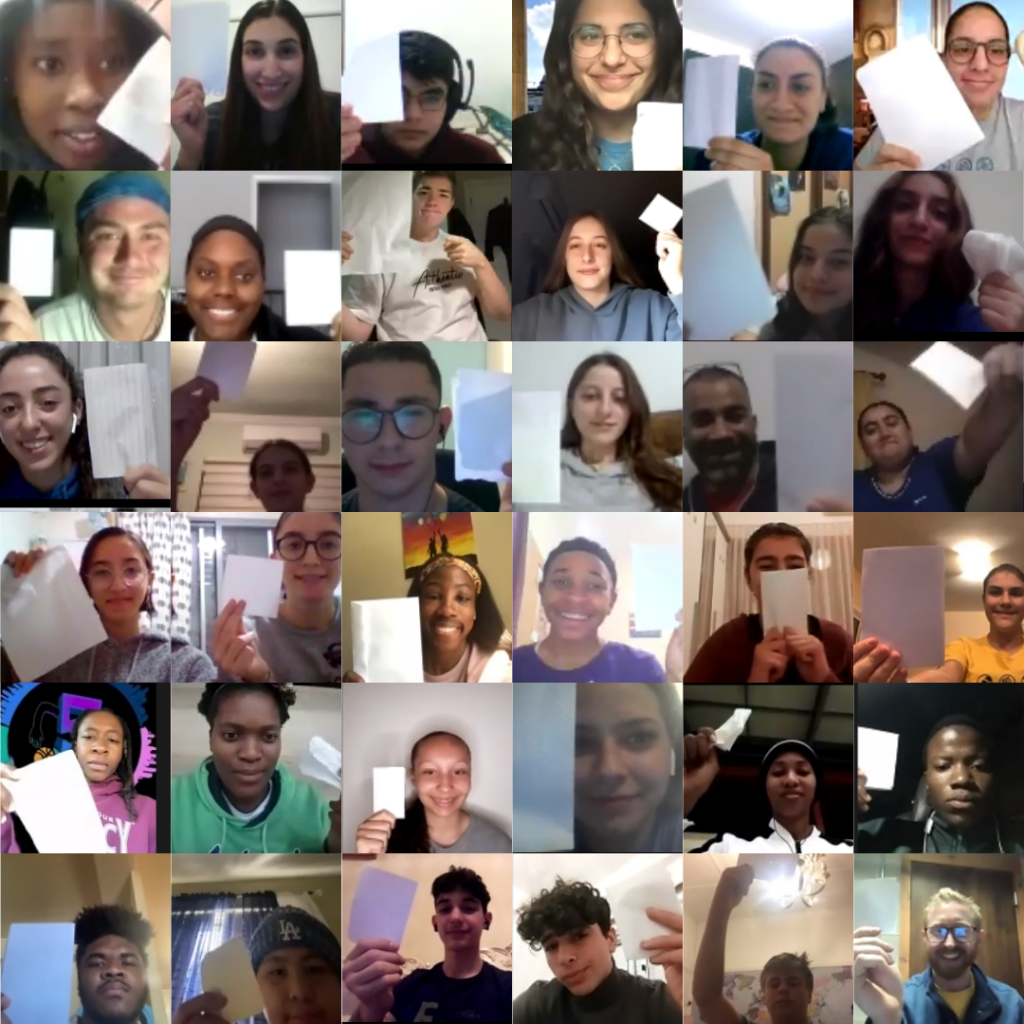 Following the energetic ice-breaker, the young leaders were split into their four teams: Peace, Truth, Justice and Mercy, with each team in their own breakout room for another team building activity. Before jumping into that game, participants “went around the room” introducing themselves and their favorite foods. From South Africa, on team Truth, Brayden shared that his favorite food is Bunnie Chow; from Cyprus, on team Justice, Metehan says, “Blue angel?” “I don’t know what’s in it, but I like it”; and from Chicago, on team Peace, the “never before heard of ice cream flavor” Jamaican turtle is Saribel’s favorite! Later on, staff would reflect how this simple premise of sharing favorite foods was a great way for the youth to learn more about each other and build stronger bonds, which is what the Friendship Games is all about!

After introductions, several coaches, coordinators and directors from across PeacePlayers’ sites led youth in a game called Mystery Box, which included a trivia competition. Do you know what is the shortest distance between the coast of Northern Ireland and the coast of Scotland? Or, how much time does it take to drive from the North of Israel (Metula) to south (Eilat)? This game offered youth a chance to begin building connections among their integrated international teams. Trivia questions tested the kids’ knowledge of each other’s sites and cultures, and allowed them to share more about what goes on in their city or country.

Lastly, PeacePlayers goal was to build suspense and create a fast-paced environment where the score was always changing and kids had to use strategy and work together to win.

At the end of the hour long event, nearly 100 smiles from participants beamed across the screen as everyone waved goodbye until next time! Youth will gather again in mid-March for another Twinning hosted by Northern Ireland. We can’t wait for the craic they have in store!