Breaking Down Barriers Across Belfast – the Next Generation Leading The Way

Growing up in Northern Ireland, Adam, the youngest of three children in his family, struggled to find his own niche.  Adam wasn’t interested in competing with his siblings over the traditional sport of Gaelic football in North Belfast.  While he did not know exactly what he was looking for at the time, as luck would have it, he didn’t have to look very far.

Three years ago, Adam’s mother, Paula, learned of PeacePlayers Northern Ireland through partnerships with his primary school, Holy Cross Boys. Holy Cross is an entirely Catholic school in North Belfast. As Adam’s parents saw it, this was a great opportunity for him, not only to find a new sport that he might enjoy, but to broaden his social circles and meet kids that he likely would not otherwise.

In Northern Ireland, despite the existence of a decades-old peace agreement between Catholics and Protestants, religious divisions persist. As a result, less than 7% of Northern Ireland’s youth attend integrated schools. This segregation extends to the communities they live in. “It’s a tough community,” Adam’s mother Paula told us, “kids could see a lot of bad things.” Adam’s family felt that other than PeacePlayers, there wasn’t much of an opportunity to meet children from other backgrounds.

Three years into his time learning and growing with PeacePlayers Northern Ireland, Adam is now 13, and things have changed drastically for him. 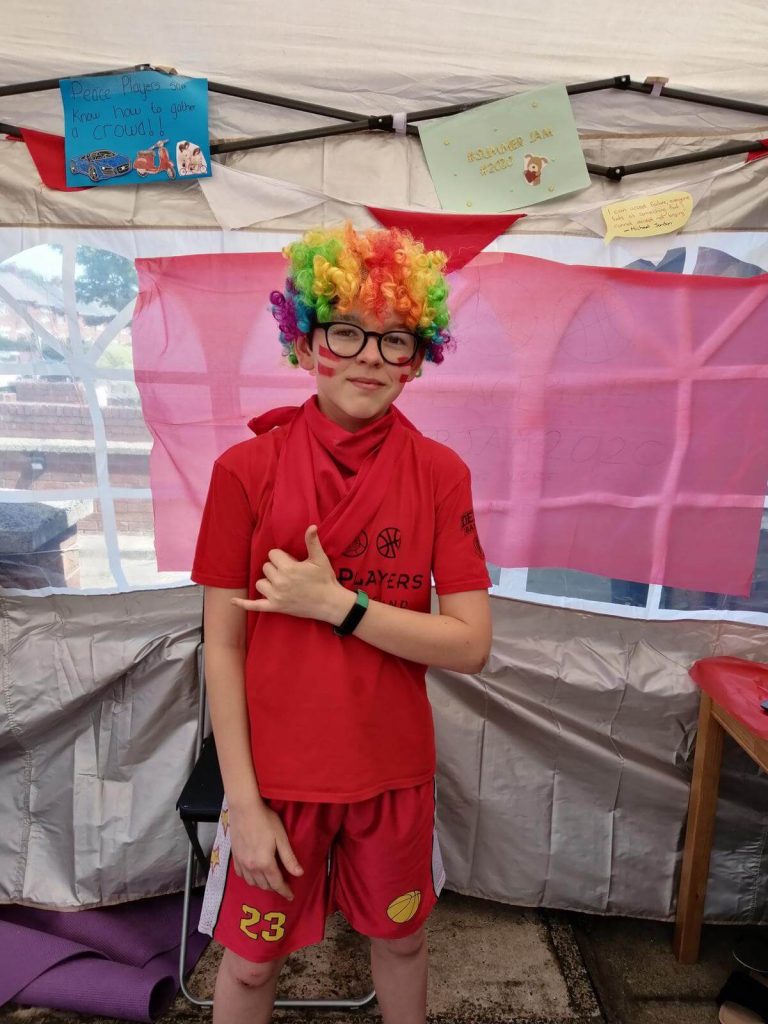 As Adam’s mother describes, “he took to PeacePlayers after the first day.” From the very start, Adam’s coaches encouraged him to get involved in everything. One of his favorite components is the community relations component. These are the off-the-court activities focused on different themes such as “respect” and “community” which allow young people an opportunity to get to know others from all areas of Northern Ireland much better.

“We do a lot surrounding stereotypes, many I didn’t even know that I held,” Adam told us as he described his PeacePlayers experience. “It’s helped me see people as people.”

He described how PeacePlayers’ games and activities have helped him deal with conflicts at school and with his family members.

As the COVID-19 pandemic hit, at first Adam found it to be a difficult transition to the world of virtual programming. All of a sudden, his Monday, Wednesday, and Saturday activities with PeacePlayers weren’t happening in-person. But as Paula told us, “myself and all the other parents were just thankful that PeacePlayers adapted so quickly.” She sees the virtual team meetings as a place where Adam can have a very sincere check-in, where he can open up better than with his parents. As many young people struggle with continued isolation, she acknowledges the importance of PeacePlayers’ continued programming.

As the spring term recently came to an end, one aspect of PeacePlayers that Adam and his mother knew would look very different was the annual PeacePlayers Northern Ireland Summer Jam event. Summer Jam is a culminating event from weeks of previous cross-community sessions that brings young people together from different backgrounds across Northern Ireland to compete in a day full of basketball and fun activities, connecting with friends from other areas. Adam described how in past years, “you enjoy yourself during matches, when you’re eating you go talk to friends from your side and other sides of the city, and you have breaks throughout the day to go cheer on your friends.”

This year, due to the global pandemic, PeacePlayers Northern Ireland transitioned to hold a virtual Summer Jam – held online for four hours over various sessions this past Saturday 30 May.  Everyone was committed to work past both physical and socially distant barriers to still find a way to come together and celebrate the power in seeing each others’ humanity, whether Catholic or Protestant.

For Adam and his mother, the true highlight of the day was the power in how the event began. 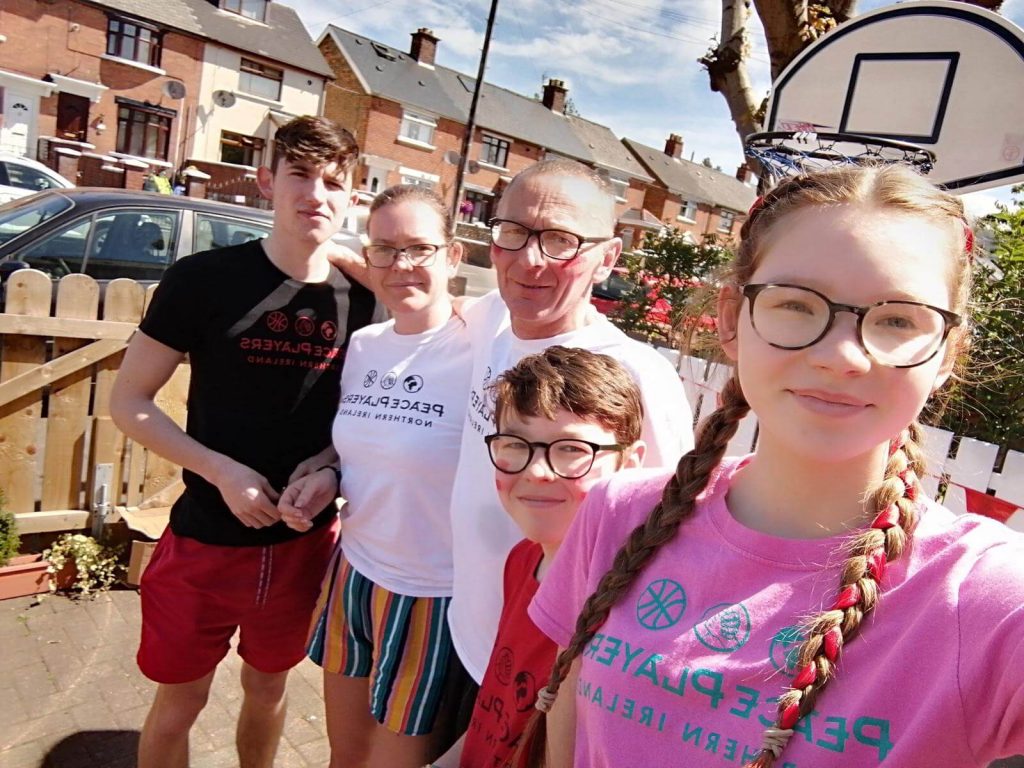 At 11:00 a.m. local time, families from around North Belfast gathered in front of the local Ardoyne Shops. The shops sit at the border of the Catholic and Protestant communities and have been the location of some of the largest riots in the history of Northern Ireland, highlighting the division in the area.

However, this past Saturday morning, while staying socially distanced, PeacePlayers gathered at that spot and in a symbol of unity from across Northern Ireland, the young people danced and laughed and celebrated together.

The day then saw everyone stay connected online from their homes with several hours of various fun online sessions with youth leaders and their family members learning and laughing and connecting together.

One of the virtual Summer Jam sessions on Saturday was a basketball clinic with Head Coach Bill Fenlon of NCAA Division III DePauw University from Indiana in the United States – who, for the past seven years, has brought a group of exchange students over to learn from the cross-community relationships with PeacePlayers Northern Ireland young leaders.

Coach Bill shared with Adam and other youth participants virtually on Saturday that it was vital they all worked to stay connected to each other, even during these difficult times.  He reminded them that in sports and in life, it’s all about relationships built through teamwork and in trying to keep fostering connections he acknowledged that “it’s not easy, but nothing worthwhile in life ever is.”

Over the past few months, PeacePlayers’ young leaders and families have had to adapt to the current reality and safety regulations. But, as was seen on the morning of Saturday, 30 May, the bond amongst Adam and his peers across the PeacePlayers Northern Ireland family has never been stronger, leading the way for a more unified generation in Belfast of the future.