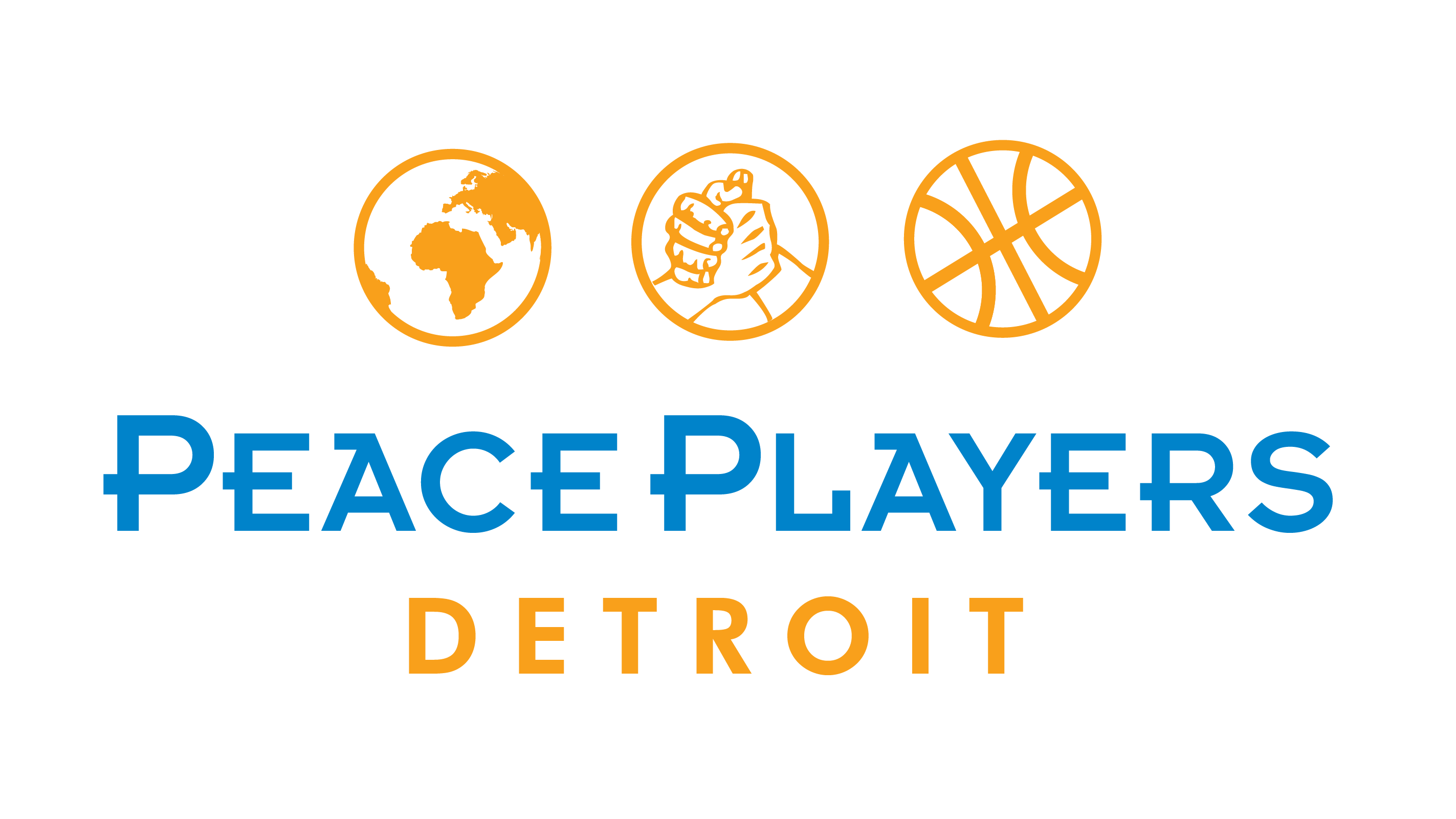 The culturally diverse Detroit metro area is home to many Arab, Latino and Bengali families, in addition to significant African American and white populations.

However, segregation, lack of interaction between groups and fear across cultural and geographic divides prevents the city and many of its residents from thriving.

PeacePlayers Detroit currently operates in the predominantly African American communities of Cody Rouge and Brightmoor, as well as the primarily Latino community of Southwest Detroit, with the goal of building networks of young leaders for peace and equity in all seven of the city community districts by 2024.

100% of youth participants in Detroit were able to experience something they normally would not have because of PeacePlayers.

The Latino population accounts for the majority of the population of Southwest Detroit at 57.2%. African Americans represent 23.6% percent of the population, followed by whites at 16.9% percent. The community is 1.5% Multiracial, and the remaining 0.8% is comprised of Native Americans, Asians and Pacific Islanders and Other, non-specified races.

African Americans represent 78.3% of the population in Cody Rouge, followed by whites at 14.8%. The community is 2% Multiracial, and 4.3% Hispanic/Latino. The remaining 0.6% is comprised of Native Americans, Asians and Pacific Islanders and Other, non-specified races. 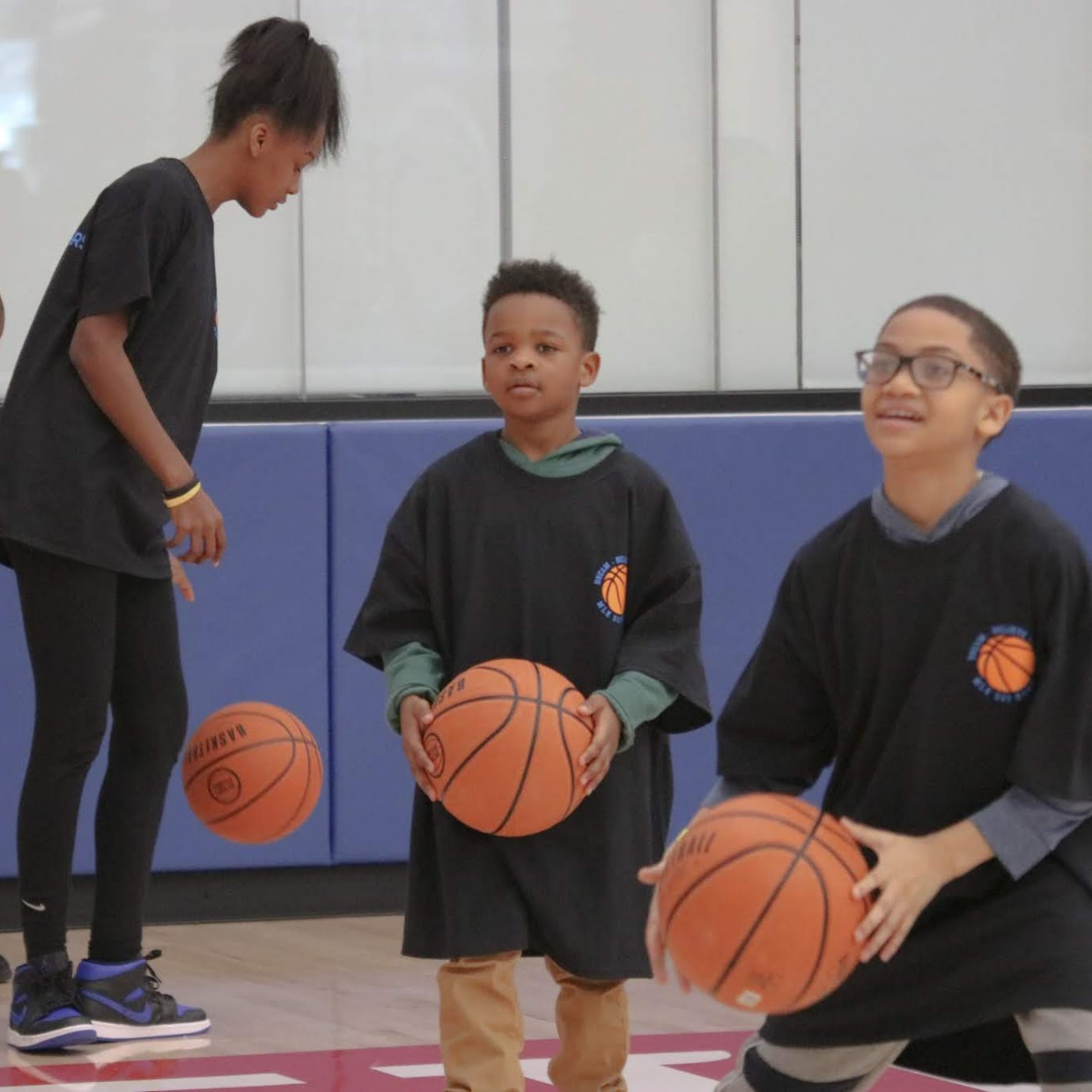 The Peace League works with youth ages 10 to 14 years old, introducing PeacePlayers’ peace education curriculum through basketball. The Peace League is run through a partnership with Detroit Public Schools in 10-12 week sessions during both the fall and winter school sessions (20-24 weeks total each school year). Annually, each school has approximately 25-35 participants and they are twinned or paired with a partner school in a different community. Throughout each of the sessions, paired schools interact monthly through field trips and joined programming, allowing youth to build relationships across communities. 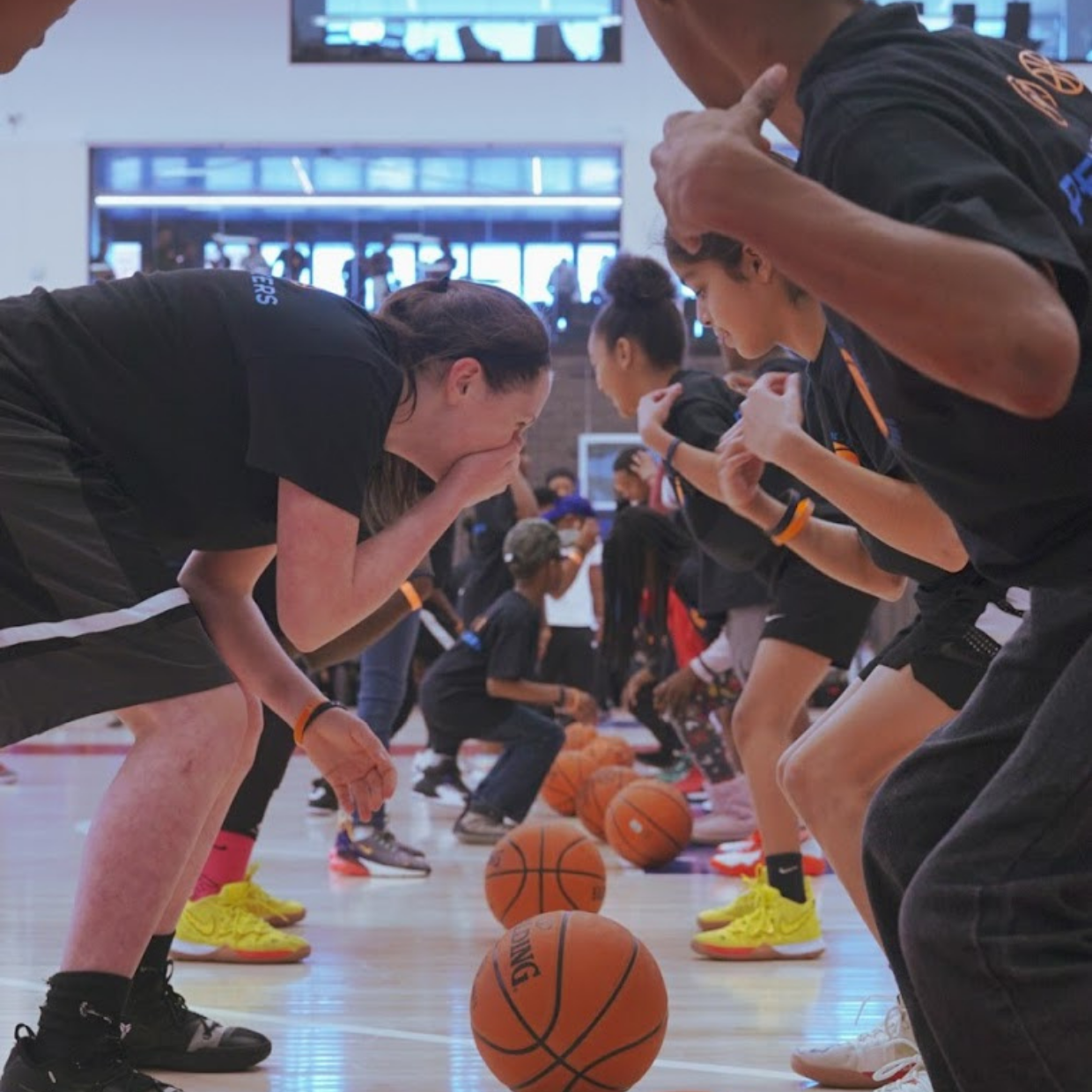 What A Youth Led Movement Means to PeacePlayer Mackenzie Kyles
"PeacePlayers helped me learn leadership skills, which really helps a lot in basketball and in life," Mackenzie said. "But with basketball, because I'm point guard, I have to be a leader. And I have to be the one that calls the plays and tells my teammates where to go. So I feel like it really helped me in that area."
Learn More
PeacePlayers and Nike Empower Carrington Boards to Inspire Future Female Athletes
"I want them not to give up," Carrington said. "Even though someone might say, 'Oh, you're a girl, you can't do it.' Girls can do it. Girls can do as much as boys can do."
Learn More
PeacePlayers Detroit’s Barbara reflects on her experience at the PeacePlayers National Girls Summit last Fall
"I think PeacePlayers provided a comfortable space where I get to talk with other girls who I somewhat felt like I related to and like I could connect to as well." Barbara's takeaway was remarkably similar to that of Diamond. Neither girl felt they came into the program as a wallflower fearful of the world, but both understood how helpful it can be to describe your confident and true self.
LEARN MORE
Previous
Next 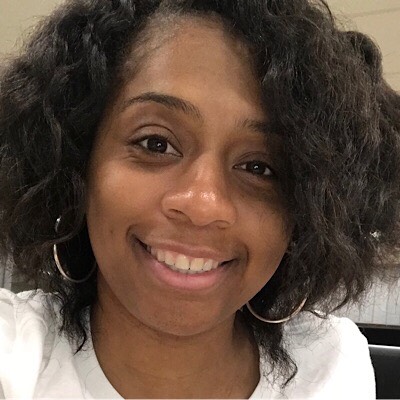 Jasmine Cooper is a passionate mentor, coach and leader who believes “it is easier to build strong children than repair broken men” (Frederick Douglas). Born and raised in Detroit, Michigan, Jasmine has experienced firsthand the benefits of participating in youth development programs and she plans to dedicate her life to be a resource for youth to reach their full potential.

Jasmine grew up on the eastside of Detroit and graduated from academic standout, Detroit Renaissance High School. After high school, Jasmine moved to Washington, D.C. to attend Howard University where she earned her bachelor’s Degree in Accounting and MBA in finance. Upon completion of her collegiate education, Jasmine moved back to Detroit where she began to work in the financial industry and coach girls’ basketball. Jasmine immediately recognized the deep passion she had for mentoring and coaching youth and she has spent the last 5 years coaching high school and travel AAU girls’ basketball.

With a desire to make a full-time impact on youth development, Jasmine joined PeacePlayers International as the Program Coordinator for Detroit in the summer of 2018. As the program coordinator Jasmine will be overseeing the Peace League and Leadership Development Program, working to build and maintain local program partnerships as well as recruiting and training support lead coaches and staff. Jasmine is excited to be able to mesh her passions for basketball, youth development and mentorship to help continuously grow the impact PeacePlayers has on the youth in the city of Detroit. 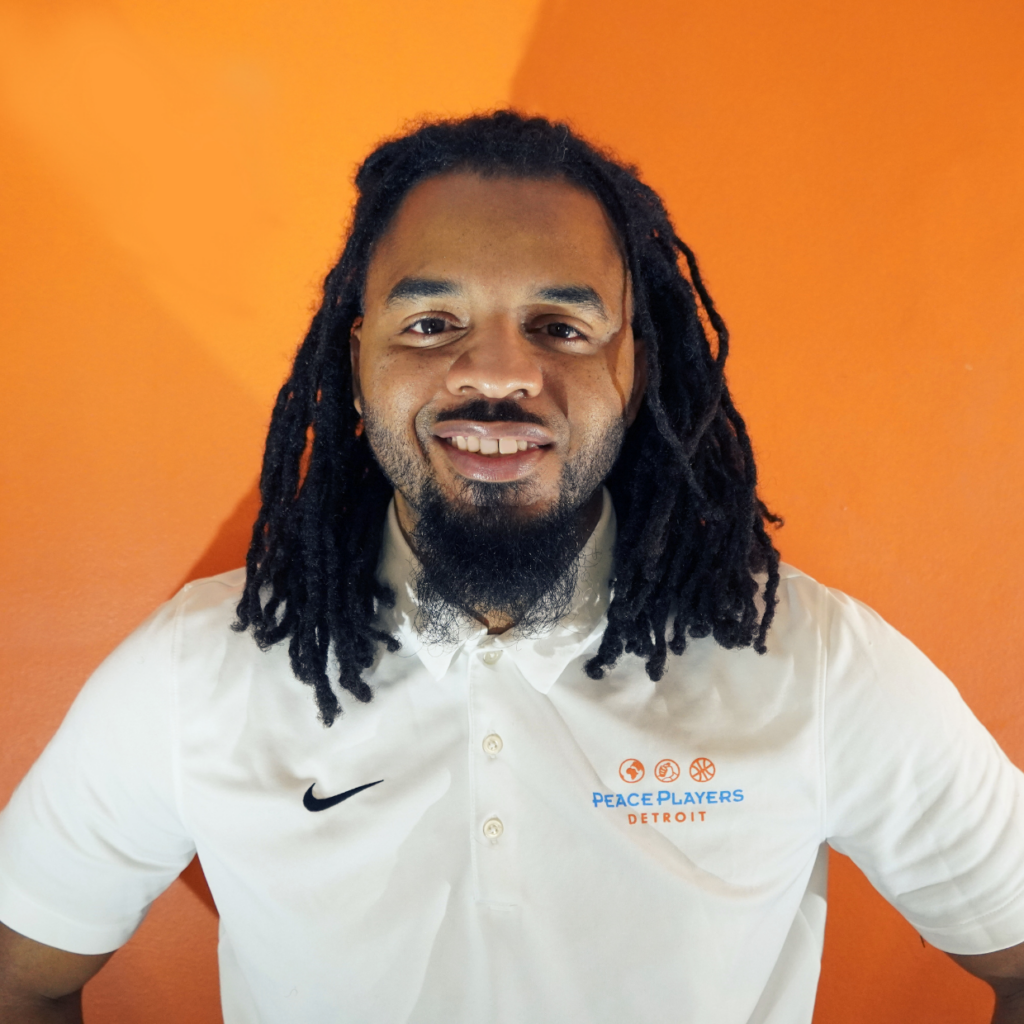 Le Baron Dock Leath II was born and raised in Detroit, MI. Dock was raised in a single-parent home with his mother and older sister. His mother was very business savvy and refused to settle for less. She did her best providing for him and his sister, ensuring that they lived the best lives possible with limited resources. His mother would always find better opportunities in her career and as a result it caused them to relocate often.

Throughout Dock’s years growing up in Detroit, he attended 9 different schools from Pre-K through 12th grade. Relocating had its pros and cons; on one hand he had the opportunity to make many lifelong friends and build a network that he can often rely on until this day. On the opposite end of the spectrum, he has never felt as if he had a solid foundation at home growing up. The opportunity to attend many different schools forced Dock to develop people skills at a very young age; helping him to become more outspoken, comfortable with public speaking and less afraid to try new things.

Dock still vividly remembers every neighborhood he has lived in, beginning with the projects in Detroit off of Trumbull and 94 freeway. It was an affordable town home and apartment complex that his mother managed back in 1992. There were often times when the news truck would be in their residence parking lot, covering a shooting at their complex. He remembers a moment when his friends who lived two doors down, home was riddled with bullets. His family was fortunate enough to have not dealt with any of those incidences firsthand but it will always be a part of his childhood memories in which would help mold him into the person he is today. It wasn’t until the summer of 2001 going into Dock’s 8th grade year that he began putting his focus into basketball.

One day while leaving the flea market in his neighborhood, him and his friends were shot at. Although, they all got home unscathed that one incident changed his life for the better. He focused on basketball in hopes of creating a better opportunity for himself and changing his mentality. Basketball gave Dock the focus, drive and desire to strive for more in life than just surviving. That fall, he tried out for the basketball team his 8th grade year where he became a starting forward and it has been a part of his life since then.

Dock’s diverse background and experiences have helped mold him into the man that his is today. Having the opportunity to share his experiences and mentor the youth has always been a goal of his; understanding that his upbringing is similar to those that he has been blessed to mentor. Dock is pleased to have this opportunity with PeacePlayers and looks forward to the next chapter in his life. 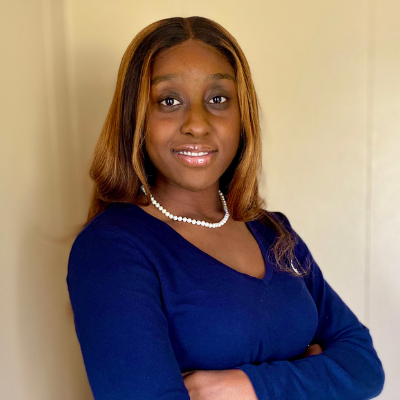 Siyeh Frazier is a native Detroiter, who is a new addition to the Peace Players Detroit Staff. She has been heavily involved with many sports for her entire life. Early on in her life she solidified her connection to basketball and played through high school and college. She played four years at Penn State University and earned her bachelor’s degree in sociology in 2020.

Siyeh enjoys using sports to make connections to youth about life lessons and leadership, more importantly to youth from her hometown. Prior to joining the PeacePlayers Staff, she mentored high school student-athletes as part of a Detroit internship in the summer of 2020. This was her first look into connecting with the youth through sports, which led her into her new current role as a Program Coordinator in Detroit. 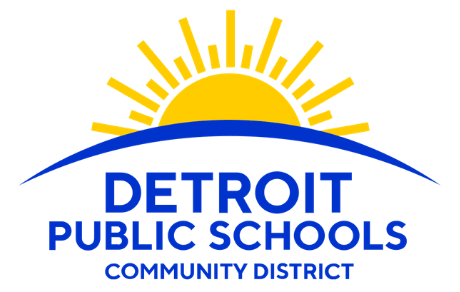 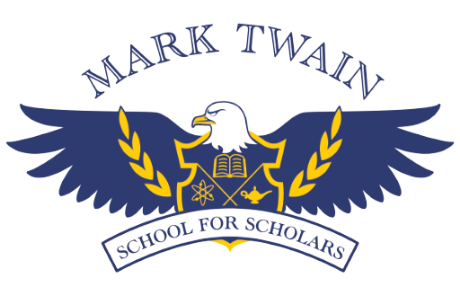 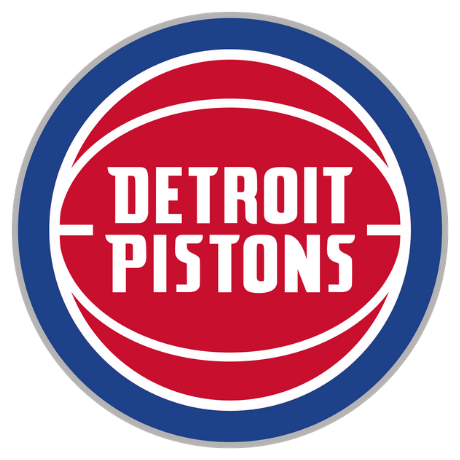 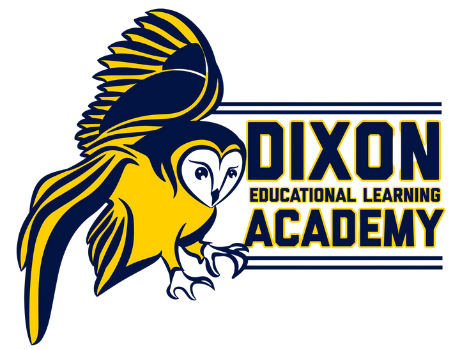 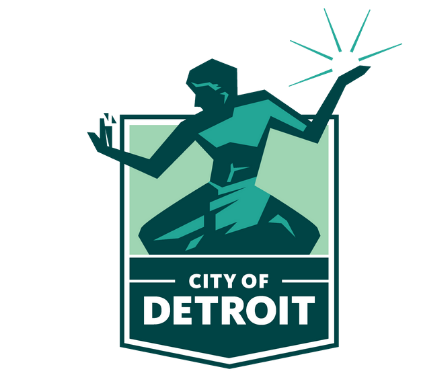 Department of Parks and Recreation Detroit