As the coronavirus pandemic swept the globe in March, quietly behind the scenes, we also welcomed Neta Patrick as our new Managing Director of PeacePlayers Middle East. We wanted to take a moment and welcome Neta to PeacePlayers and also tell you a bit more about her.

She had only been able to attend one PeacePlayers Middle East all-stars game at the Jerusalem YMCA before the global crisis hit and everyone was sent into lockdown, but still she reflects that even after only one event she “fell in love” with the players and staff of PeacePlayers.

“The atmosphere on the court was electrifying. Everyone was cheering in Arabic and Hebrew. It was evident that the players’ families were already good friends,” said Neta. 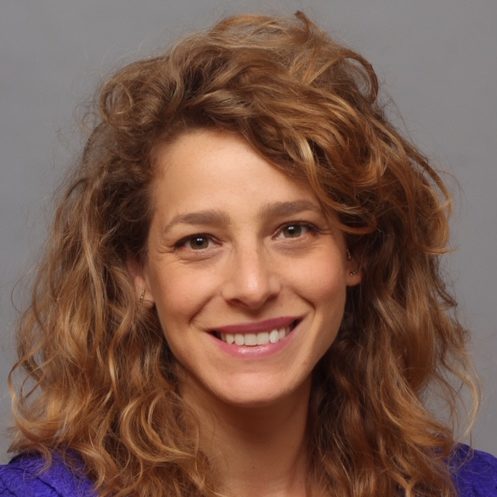 Neta has always been passionate about women’s rights and overall human rights issues.  She holds an LLB from Tel Aviv University in Law and Gender Studies, and an LLM from Columbia Law School, both with honors. Before Yesh-Din, she worked as a lawyer specializing in Israeli constitutional and international human rights law in a private law firm and later as the head of the International Human Rights Law Clinic at the Hebrew University School of Law in Jerusalem. “After working several years as a lawyer I realized I didn’t like fighting with people, even if it was for a cause I believed in.” Neta recalled her career journey in studying law, acknowledging that she didn’t “fully find my true calling” at that time. “management is the opposite of being a lawyer in a way, because my job is helping people work together so we can reach a joint goal. its connecting people rather than fighting with them”.

While Neta’s first few weeks in the role of PeacePlayers Middle East Managing Director has been remote and of course has seen its challenges, she has already witnessed that her colleagues are both “remarkable and dedicated.”  She has had many calls and virtual meetings and has appreciated the open, transparent communication that she sees as both valuable and important.  As she has gotten to know her team in the Middle East and her colleagues around the world she has been impressed by the “high level of professionalism and the passion and dedication of the team to each other and to support the participants.”

“We have been honored to welcome Neta to our team,” Karen said. “It is not easy to start a new leadership role during a global crisis, yet her experience has already helped to make an impact as she continues to elevate our Middle East program with Israeli and Palestinian youth coming together through the power of basketball.”

Neta is married with two children, ages 2 and 6, and recently completed her first ever half-marathon.  She is based out of Tel Aviv, Israel and looks forward to eventually meeting everyone from across the PeacePlayers family in-person.  If you want to reach out and welcome Neta to the team, you can reach her at npatrick@peaceplayers.org